Jail Is Like 'Mean Girls' But With Massive, Angry Lesbians, Judge Tells Lohan

LINDSAY Lohan has been assured that jail will be reminiscent of her 2004 hit film Mean Girls but with a lot more large, aggressive bull-dykes who want to use her for sport.

The star has been sentenced to 90 days in jail for being a spoiled moron who thinks she’s better than you and for taking the millions of dollars she was paid for her inexplicable films and shoving them straight up her adorable, button nose.

Sentencing Lohan, Judge Marsha Revel said: “I’m sure you must be worried about spending three months in jail, but just think of it as a reality version of Mean Girls. There will be various rival cliques you have to negotiate with and play off against each other in your bid to become ‘Queen Bee’.

“But instead of being blonde, perky 16 year-olds, you will be dealing with some, shall we say, rather ‘hefty’ women in their mid to late 30s with crew cuts and no teeth who are a doing a 20-year stretch for strangling their deadbeat husband with a snake.

“Of course, in Mean Girls your character revealed the contents of the so-called ‘Burn Book’ thereby exposing everyone’s embarrassing secrets and scandals. I would advise that you refrain from doing that while in jail unless there are lots of film parts for a 24 year-old woman who has the phrase ‘Sadie’s Bitch’ tattooed across her forehead.”

Judge Revel added: “And if it all becomes too much then just imagine you are in the sequel to Freaky Friday, except this time you’ve swapped bodies with a no-talent celebrity drug addict who made the mistake of thinking I’m a fucking idiot.”

Experts say that as a budding lesbian with pert breasts Lohan will be seen as a trophy by the correctional facility’s most senior bulls.

Helen Archer, author of How to Have Better Prison Sex, said: “This will certainly widen Lindsay’s lesbian repertoire which until now has been limited mainly to 14 year-old DJs who are probably boys anyway.

“I suspect many of her new friends will look like five or six Samantha Ronsons held together with electrical tape.”

6 Music To Continue Doing Whatever It Supposedly Does 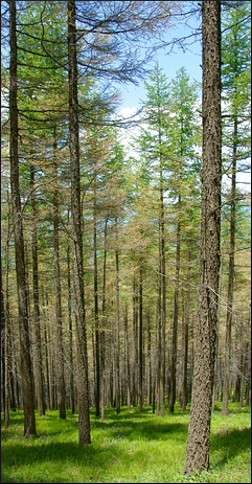 NOBODY is sure whether 6 Music has started broadcasting again, whether it stopped or what it actually does, following a decision by the BBC Trust.

The ruling was delayed after the Corporation’s team of in-house philosophers pondered the question – if a radio station that nobody ever listened to is left in the middle of a forest with no-one around, did it ever exist in the first place?

A BBC spokesman said: “If only we had just pulled the plug one Wednesday afternoon. Nobody would have noticed until Steve Lamacq started tap-dancing for change outside Marble Arch tube station.”

But the closure was abandoned after a high-profile campaign by fans of theoretical broadcasting claimed 6 Music was the world’s first quantum radio station.

Astromusicologist, Roy Hobbs, said: “6 Music can be said to simultaneously exist – as proven by Lauren Laverne’s constantly expanding presence in the Guardian – and not exist, as proven by the absence of anyone who has actually listened to it.

Campaigner Emma Bradford said: “The BBC has a remit to produce output which would not be commercially viable, which is why we will now be campaigning to save The Muttering Channel, RacistRecipes606 and BBC Wales.”

However, the closure of the Asian Network will go ahead after Coldplay decided not give a tuppenny shit about it.

Stubbornly alive frontman Chris Martin said: “If only they’d told me they were a bit peckish or had recently had a big flood.”