Virgo (23 AUG-22 SEP)
A good friend could take you by surprise on Friday. But at least he won’t be wearing his big gardening gloves this time.

Libra (23 SEP-23 OCT)
This week you get drunk and try to convince your friends down the pub that the reason England won the first test against India was that Muslims massacred Amy Winehouse. Maybe stay off the metal polish.

Scorpio (24 OCT-21 NOV)
‘Cos baby you’re a firework’. And by that I mean you only go out one night a year and if somebody mishandles you, you’ll have their hand off.

Sagittarius (22 NOV-21 DEC)
This week you may be irritated with someone born under Sagittarius. Tell the police they like to hang about outside schools.

Capricorn (22 DEC-19 JAN)
Watching the Twilight film where the girl has to choose between a
vampire and a werewolf has made you feel a lot better about the
problems of your own daughter, who’s currently vacillating between a
chinless Kwik Fit grease-monkey and that cretin that collects the
trolleys at Asda.

Aquarius (20 JAN-19 FEB)
This week a proposal could have exciting financial implications. What, you’re saying you wouldn’t do that for a million quid? You’re so much better than everyone else, are you? Bollocks.

Pisces (20 FEB-20 MAR)
You’ll enjoy an Indian summer this year when a protracted bout of
cholera finally kills you in September and your corpse is nibbled at by a
pack of rabid dogs in an open sewer.

Aries (21 MAR-19 APR)
The next time you try and rob a petrol station wearing a ski mask, remember that you don’t have to wear the skis as well.

Taurus (20 APRIL – 20 MAY)
This week why not go on a rampage of rakish charm and high-class thievery by following the example of the Simon Templar?

Gemini (21 MAY-20 JUN)
You’ve finally managed to track down the agency responsible for the
Match.com adverts. Now you just need to store up three months worth of
your own faeces.

Cancer (21 JUN-22 JUL)
This week you’ll find love in the most expected of places. Won’t be long before they recognise your car. 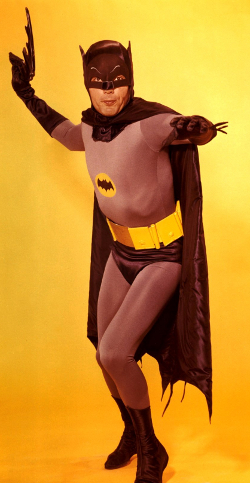 THE world’s largest gathering of picture-story fans is teeming with adults, it has emerged.

Experts have long maintained that comics, which can be broadly defined as shiny pamphlets containing colourful drawings of flying men from space and vocabulary such as ‘BAMF!’ and ‘Aaaaarp!’, are for children.

Yet despite this, an estimated 98% of attendees at San Diego’s Comic-Con 2011 are old enough to pay income tax and go to bed at a time of their own choosing.

Professor Henry Brubaker of the Institute for Studies, who is at the event, said: “After extensive searching, I thought I finally saw a kid this afternoon. Turns out it was a middle-aged dwarf dressed as an ewok, which is a hair-covered creature from the popular children’s film Return of the Jedi.

“Yesterday I saw a middle-aged man pay $5000 for a bag of Patrick Stewart’s bum fluff, a gang of bitter divorcees sporting robot claws and a pair of railway engineers kissing with tongues while disguised as giant foxes.”

He added: “There was also a room with 500 adults in it, discussing ‘story arcs’ in Spiderman. I’ve no idea what a ‘story arc’ is but apparently it’s very grown-up and complicated.”

“And I don’t care how ‘dark’ the new Batman film’s going to be, it’s still about a man who dresses up as a bat.

“They will no doubt claim that dressing up as a bat is a ‘metaphor’, but we know that it’s just a man in a bat suit. With pointy ears.”

Meanwhile, there was chaos at a Buffy the Vampire Slayer discussion panel when a group of men in their mid 40s had a violent argument about the correct usage of the word ‘mythos’.