Gemini (21 MAY-20 JUN)
Now youve turned 40 it may be time to slow things down a bit. Certainly until the redness goes away.

Cancer (21 JUN-22 JUL)
People air guitar or even air drum to music but as a Milli Vanilli fan you often find yourself air sitting on your arse while session singers do your job for you.

Leo (23 JUL-22 AUG)
Its true that after ten years of marriage your sex life has diminished, especially since your neighbours moved away and the window cleaner has said he wont come around any more.

Virgo (23 AUG-22 SEP)
You assume the government finally gave in to the demands of the sex terrorists as its been ages since you heard about sex bombs on the radio.

Libra (23 SEP-23 OCT)
Your thin excuses for watching Euro 2012 matches are tested to the limit this Saturday as you try to argue that the Greece/Russia match will draw an interesting parallel with the fall of Constantinople in 1453.

Sagittarius (22 NOV-21 DEC)
Hearing gay marriage described as the greatest threat to the Church of England in 500 years makes you realise you have to do something, like go out and get some cock.

Capricorn (22 DEC-19 JAN)
Returning to work from holiday youre disturbed to find that theres somebody sat at your desk, none of your colleagues recognises you and the company appears to have changed its core business, so its something of a relief to be reminded of your mental illness and the fact you retired in 1987.

Aquarius (20 JAN-19 FEB)
So Rainy days and Mondays always get me down do they, Karen Carpenter? Well, as somebody who isnt a pop star in California and is somebody who works in a call centre in Carlisle I have to say up yours.

Pisces (20 FEB-20 MAR)
Your years of experience filming sporting events and zooming in on the saucy women in the crowd was apparently deemed inappropriate when you covered last years Armistice Day Service.

Aries (21 MAR-19 APR)
A sobering thought in the cinema this week as you realise that Men In Black 3 is not only a dreadful sequel, it also describes the number of blokes in America whose bank accounts are in credit. 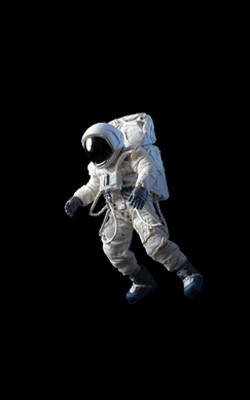 THE People’s Republic of China has announced plans for its entire female population to become astronauts.

The massive Shenzhou-9 shuttle craft will fly 450 million Chinese women into a stable orbit, where they will be expected to build their own space station by taking spare bits from any unattended satellites they find.

China, which has never had much use for women, will then be able to get on with the important business of becoming the world’s only superpower without the shrill, nagging voices of females to distract them.

Chinese state news agency Xinhua said: The women will still have their duties. All wives and mothers will prepare daily meals to rain down from the heavens upon their menfolk, sending them back to Earth in special ‘lunch pods’.

Good workers will be permitted an annual  conjugal space visit in order to produce strong sons. Girl children will be stuffed with fireworks and launched at Chinas enemies.

NASA administrator Stephen Malley said: It took us years to clear out the empty vodka bottles and Lenin statues the Russians left here in the 1950s, but wed finally got space just how we like it.

Now were expected to put up with millions of Chinese women stringing up washing between our weather satellites and re-tuning our satellites to pick up repeats of Monkey.”

The ruling Communist Party of China has refused to comment, but is widely thought to be doing whatever it wants and not giving a fuck what anyone else says.