MOST people assumed to be internet trolls genuinely believe their hateful, demented statements, it has been claimed.

Researchers at the Institute for Studies interviewed alleged ‘trolls’ and found their postings were not deliberately antagonistic, but that they actually believed all Youtube users are gay and the ‘EUSSR’ is a political entity.

Professor Henry Brubaker said: “It’s easy to assume that someone is trolling when they make an implausible-sounding hateful statement, for example that albinos caused the banking crisis.

“But statistically it’s more likely they believe that melanin-deprived people snuck into the Bank of England and took all the money to buy sunglasses.

“So maybe the world is not so much hateful, just full of fucknuts.”

Alleged ‘troll’ Wayne Hayes said: “When I repeatedly post comments saying that the 2.4 per cent Muslim population of the UK is planning to take over, I am not making a rhetorical point.

“I do actually think that Mr Ishani from the shop down the road will one day cut my hands off and feed them to his cat.”

Housewife Carolyn Ryan said: “When I went on a cancer victim’s Facebook memorial page and accused her of being a paedophile, that was based on hard empirical research, namely seeing her touching up a kiddie in Asda.

“Or maybe that was her husband who is quite short. Thinking back the child did have a beard and a bald patch.” 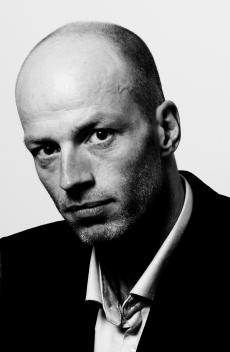 My listening/self-pleasuring room is a masterpiece of quiet refinement. It contains a custom-made Linn Sondek deck with Koetsu cartridge on a polished granite plinth beside a vintage calfskin-upholstered chair. That’s it, apart from a box of Kleenex and baby oil. The insanely high playback quality of my audio set-up means that engorgement begins as soon as the needle hits the vinyl. And before you ask, here are my all-time onanistic favourites (vinyl only, naturally).

Bob Dylan – The Times They Are a-Changin’ (Columbia)

A surprise entry perhaps, but if you’ve never tried power-frotting to a protest song about disenfranchised mine workers, it’s time you did.

Imagine your penis is an establishment figure, then vigorously fight the power.

I’m as straight as Robert Elms but even I have to admit that Terence is pretty hot, rather like a soulful androgynous alien from a planet where plants have vaginas.

Everyone has their masturbatory guilty pleasure and this sixth studio album from the pop-country legend is mine. You got to know when to hold ’em, know when to fold ’em…