How to pretend you know about football

NOW is the time to pretend you’re into football, even though the only player you know is David Beckham. Here is your essential guide to being part of the national frenzy.

The man with the whistle is the umpire. Like tennis, a really good sport, the umpire controls everything and can award a player with a yellow or red card if they think their hair is shit.

If someone asks you who you support you should not mention your standing order to The Red Cross.

The fight lasts for 90 minutes but extra time can be added if there isn’t enough waving from the audience.

If England score grab a nearby man by the head, look into his eyes and say ‘Ooooo, Bill Beaumont-esque.’ Then kiss him on the lips.

On football history, you should know that women were banned at the Brazil World Cup for biting, much to everyone’s relief.

If someone calls you out for being a ‘casual’ impress them with your knowledge of other big entertainment events like The Voice or X-Factor. If they don’t know what Gareth Gates sang in the Pop Idol final then they’re the fucking casual mate. 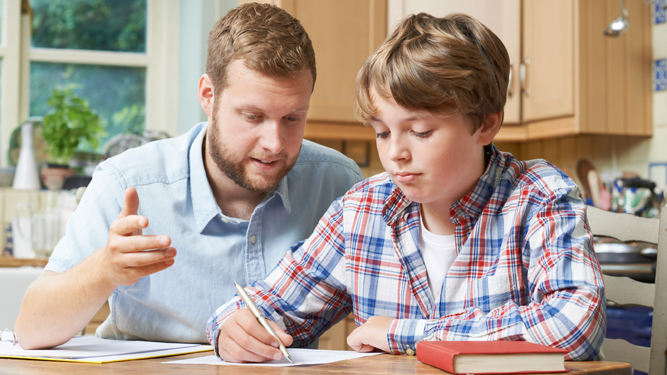 A MIDDLE class couple have hired a tutor for their kids as part of their status-obsessed ego trip.

The affluent Ryans, who are obsessed with home extensions and organic wine, are paying a graduate to do their kids’ homework and also so they can tell everyone they know about it.

Carolyn Ryan said: “Although we can’t afford actual servants a tutor is the next best thing.

“We were over the moon when our son’s teacher confirmed he was a lazy little sod, which justified the extra expense of private tuition.”

She added: “The thought of having ‘you can’t get the help these days’ type conversations in Waitrose when he fails his GCSEs for the third time makes my heart swell with excitement. “

Tutor Joseph Turner said: “I routinely sleep in until lunchtime, then google the set texts I’m supposed to know on the way to work in neighbourhoods where I can’t afford to live.

“So, yes, paying for a tutor is definitely worth it”.