How to ruin Christmas with forced fun

CHRISTMAS is a time of goodwill and frivolity. But it doesn’t have to be. Here’s how to ruin it with forced fun.

Take Secret Santa seriously
Suck what little fun there was out of Secret Santa by running it like a dictator. Inspect receipts to make sure nobody went over budget, make participants swear not to reveal who had who, and ensure gifts are opened in a quiet, regimented order.

Meet up with friends from school
Can’t remember why you drifted apart from childhood friends you never really had anything in common with? Arrange to meet up for an awkward Christmas meal and the stilted conversation will remind you in no time.

Organise a Christmas jumper day
Insist everyone in your workplace has to wear a hideous Christmas-themed jumper which they will have to go out and buy especially and are certain to bin the next day. Drag out the misery by taking photos of your joyless team and sharing them via a company wide email nobody will open.

Uphold forgotten traditions
Forget putting silver coins in the Christmas pudding, really turn Christmas into a chore by demanding everyone opens their presents after dinner because that’s what you did as a kid and now you’re bringing it back for some reason.

Scold anyone who isn’t in a festive mood
If someone looks down in the dumps, cheerfully call them out on their bullshit by saying “that’s not very Christmassy” then laugh to mask the fury coursing through your veins.

How to get through your works do sober 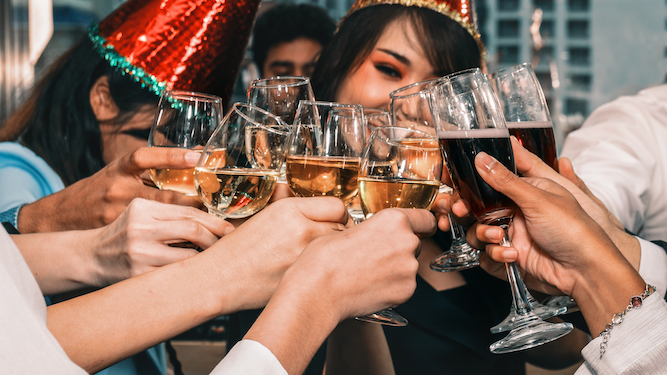 CHRISTMAS party? Anyone sensible will recommend getting so drunk that you black out early doors, but sometimes that just isn’t possible. How else can you survive it?

Leave incredibly early
Before the night, everyone will have suggested not staying to the end would be a terrible faux pas that might affect your chances of promotion. But once you’re there, it’s clear that everyone’s been on the gin since 5pm and will have no memory whatsoever. You can slip off 20 minutes in and nobody will have the first clue.

Collect evidence
People use Christmas parties as excuses to get wasted and get a blowie off their line manager in the toilets of Wetherspoons. Carefully document any such incidents and use them as leverage for a pay rise.

Make up some fun lies for the following day
It doesn’t matter what your workmates actually did when they’ll still wake up with a gnawing sense of guilt. Amuse yourself by dreaming up outlandish lies to tell the next day, and watch your work nemesis spend 2020 convinced they urinated in the boss’s handbag.

Tell everyone what you really think
Nobody will remember. If you stay until the nightclub stage, nobody will even hear. So why not scream ‘You’re selfish, ugly and the worst manager I’ve ever worked under!’ right into James’s face, while he drunkenly nods?

Be an absolute bellend
Once everyone’s so drunk they can’t remember anything, you can do whatever you like. Take a leak in someone’s pint, call everyone you don’t like a wanker and order ninety plates of lasagne on the company credit card. They’ll never guess it was the sober person.