I hated transgenders until I became a fabulous princess! by Peter Hitchens

TRANSGENDERISM is a sickening politically correct fad used to undermine traditional values by the liberal-fascist Thought Police. Or so I thought until I looked inside my granddaughter’s dressing-up box.

While my daughter’s family was staying for the weekend I noticed the gaily decorated box containing such items as a tiara, fairy wand and plastic tiara, no doubt inspired by some wretched film by feminist propagandists Disney.

Since all school pupils are now required to experiment with gender-bending, in the interests of research I tried on the tiara to experience the terrified confusion of a small boy ordered to become a girl by a bullying Marxist teacher.

But instead of nausea I felt a strange sense of delight. Alone in the house, I decided to investigate further by putting on my wife’s old ball gown and dancing around singing Someday My Prince Will Come.

Soon I was no longer Peter Hitchens but the fabulous Princess Peterina, who became even more pretty and feminine with the application of some makeup and a dab of perfume!

I was surprised by how at ease I felt in women’s clothing, even a bra. I definitely intend to invest in a couple of dresses and perhaps some sheer silk stockings, just for the comfort and practicality.

When my family returned they were shocked by my appearance but I explained it is compulsory nowadays to dress as a beautiful princess who all the handsome young princes wish to marry.

In fact later I intend to slip into a backless evening dress to write an article about how global warming scientists are living a lie. 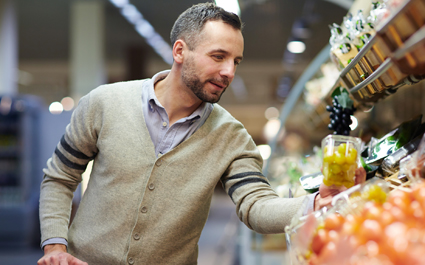 A MIDDLE class man refers to his food shopping as ‘sourcing ingredients’ as opposed to ‘going to the shops’, it has emerged.

Julian Cook told friends he likes to ‘source his ingredients’ when cooking for a dinner party or a date.

Cook said: “I like to source the freshest vegetables, the finest turmeric and free range Weetabix. Because it’s all about provenance, I mainly use small local suppliers like Tesco Express and Lidl.”

Friend Nikki Hollis said: “All this shit about ‘sourcing’ did make him sound like an arse. But he was shopping for a date with someone who sounds like an arse too, so she’ll probably lap it up.”

Cook explained: “Like me, my date is a bit of a foodie, but also a fucking vegetarian.

“So, I did what any man would do and lied convincingly about my hatred of the meat industry and my passion for organic shitake mushrooms.

“If she sees the massive black pudding I’ve got in the fridge I’ll just say it’s vegan cheese.”