JEREMY Corbyn is great but I also think he should be shut away in a steel box and never allowed out.

Jeremy is a wonderful boss, and I am obliged to support every decision he makes, whether I agree with it or whether it makes me want to eat my own shoes.

I know I can always discuss things with him, and that afterwards he will make the decision he was going to make anyway, because of a refusal to compromise his beliefs, or to listen to anyone who disagrees with him. That’s why he’s the leader he is.

He is also a close friend, and as such, I feel it is my duty to protect him from things like negative publicity, Prime Minister’s Questions, and sunlight. This is why I think he should be put in a small, comfortable room – possibly even a metal box – and then the room/box should be locked, and the key should be given to me, and then I will put the key somewhere safe.

Jeremy will be well looked-after in his box, or closet, or cell, call it what you will. I will personally ensure he has ample food and water, and subscriptions to the Morning Star, Socialist Worker and the NME (which is free these days anyway).

I’m sure Jeremy will ultimately agree to be put in a box, because he has always done what is best for the Labour party, if you don’t count the 428 occasions when he voted against the party whip.

I firmly believe that this is the best decision for Britain, for Labour, and for Jeremy’s own protection. Only with Jeremy in his box – perhaps oubliette would be a better term – can we stop the party struggling.

As Jeremy should stop struggling – flailing his spindly limbs and making empty threats. This will be much easier for all of us if he comes quietly.

Mum horrified by internet hoax from 2008 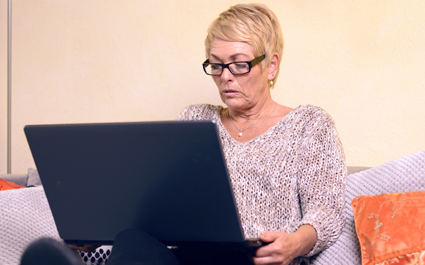 A MUM has reacted with shock and disgust to a photo that everyone else realised was a hoax 12 years ago.

54-year-old Donna Sheridan was horrified after finding a picture of two tourists standing on a skyscraper with a badly photoshopped airliner about to crash into it.

Sheridan said: “I was checking the internet for free offers and randomly clicking on things when a picture came up of this poor couple who hadn’t noticed a Boeing 747 right behind them.

“It’s the worst thing I’ve ever seen. They’re so young and carefree, with no idea of the danger they’re in. You’d think the photographer would warn them, but they were probably getting the focus right.

“What’s awful is that sick people on the internet have copied the photo and added things like King Kong and a shark attacking a helicopter, which doesn’t even make sense.”

Sheridan’s daughter Lucy said: “She was absolutely furious at the Italian government for letting sharks swim in the canals of Venice.

“I’ve tried to get her to check things on Snopes, but now she thinks it’s a news website like the BBC but specialising in conspiracies and sightings of angels.”

Sheridan is currently considering joining the RSPCA after seeing pictures of a cruel new trend to grow miniature kittens in jars.