WHILST it seems to be pretty much mandatory for women to watch this programme about other women suffering, I’d rather smash the patriarchy by enjoying myself.

Some of my friends say I ‘must watch it, given the current socio-political climate’, as if by not watching I’m basically saying I think Donald Trump and Harvey Weinstein are great guys who have just been a bit misunderstood.

When I approach a leisurely pastime, such as sitting down to watch a TV show, I want to enjoy it, rather than peeping out from behind a cushion hoping for a moment when something utterly hideous isn’t happening.

I wouldn’t do it for the Saw films, and I’m not about to start just because something has got Margaret Atwood’s name in the credits, even if she is really cool and looks how I imagine hipsters would like to look when they finally grow up.

Clearly terrible things happen to women all over the world, which is why I don’t want to watch it depicted on screen but with stylishly dystopian costumes and bafflingly lengthy shots of Elisabeth Moss looking scared.

Is there some way we could dismantle the patriarchy by watching Masterchef or Homes Under the Hammer instead?

Obama also had this thing about not jumping into a pit full of wolves, Trump told 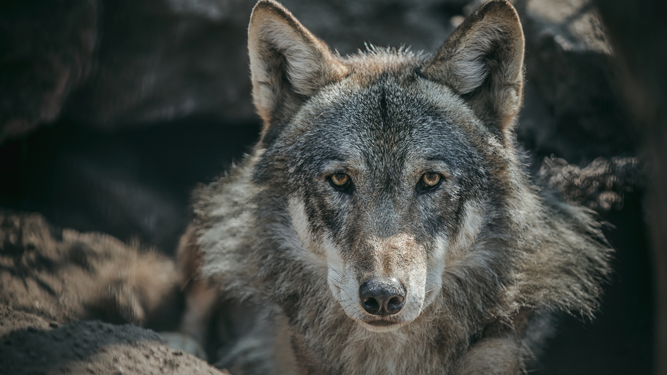 DONALD Trump has been informed that Obama was very much against presidents jumping into pits full of wolves.

After Trump withdrew from his predecessor’s nuclear deal with Iran, experts suggested he might also want to tackle Obama’s terrible ‘Wolf Law’ which bans sitting presidents from diving naked into the nearest zoo’s wolf enclosure and immediately being torn to shreds.

Professor Henry Brubaker of the Institute for Studies said: “Obama’s biggest thing wasn’t Iran or universal healthcare, it was the principle that presidents should not remove their clothes and throw themselves on the mercy of wolves while shouting ‘Come get some you mothers’.

“So far no president has been tough and brave enough to do this, but who knows? Maybe the time has come. I think voters would be really impressed.”

Donald Trump has since despatched his death mask-faced sidekick Mike Pence to find a “very upscale” zoo or wildlife park with “plenty of room for cameras”.

He tweeted: “This Obama wolf thing is the worst for our country! I am going to be the best wolf meal of all time.

“Doctors have told me I taste absolutely delicious, like very high-grade pork.”