Is he the one or just a robot sent back from the future to make sure you give birth to the leader of the resistance?

IN the busy modern world it can be hard to know exactly what kind of relationship you’re in.

You might really like a guy and he seems to like you back, but he also claims he’s a near-indestructible robot sent from the future to ensure you give birth to the great leader who saves mankind. Take our test and find out!

You’re in a restaurant and the waiter brings him the wrong order. What does he do?

A. Politely tells the waiter he’s been given the wrong meal and waits for the correct one to arrive.

B. Opens fire on the whole restaurant with a Gatling gun before throwing you over his shoulder, blasting his way past the concierge and escaping on a big motorcycle.

When he meets your parents, how does he come across?

A. He makes pleasant conversation, often complimenting them on their home, and gets on well with the dog.

B. He accuses your father of being a shape-shifting robot that’s been sent back from the same future as him and is planning to kill you. He also gets on well with the dog.

He’s thinking about proposing. Does he ask your dad first?

B. No. Instead he throws your father into a vat of boiling metal in an iron smelting factory. Strangely, after doing this he makes an inappropriate quip, such as “Happy father’s day!”.

Mostly As: He’s polite, charming and old-fashioned. Possibly a robot, but definitely a keeper.

Mostly Bs: He’s definitely a killer cyborg. Probably not ‘Mr Right’, but he could be ‘Mr Right Now’. 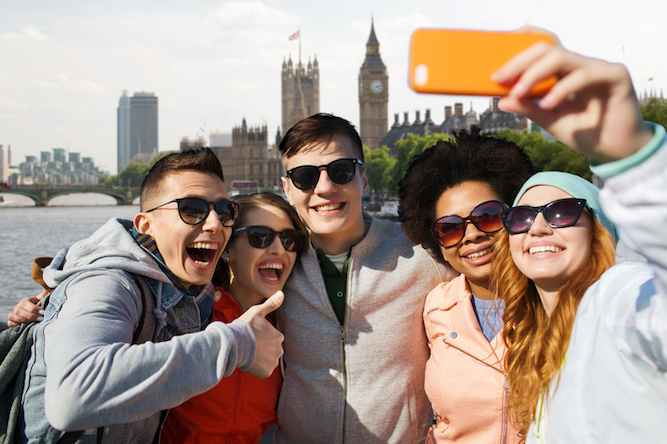 ALTHOUGH the Royal Family brings in a large number of tourists, they are the absolute worst, it has been confirmed.

Researchers found the economic benefit of the Mountbatten-Windsors is effectively cancelled out by flooding the country with dreadful idiots.

Wayne Hayes, on holiday from Florida, said: “I’m here to see the Queen. She lives in Downtown Abbey and wears one of those little helmets.”

“If he hits me he’ll get fired, and I’ll get loads of retweets.”

Professor Henry Brubaker, of the Institute for Studies, said: “They are hellish, but at least they don’t vomit everywhere. Sorry, Magaluf.”