Is reality just an illusion? Take our quick test to find out

IS THE entire universe actually just a sophisticated hologram, possibly controlled by aliens? Find out with this quiz.

Reality certainly seems real. But when strange coincidences happen, it makes you wonder if everyone is living in some incredibly complex computer game, like in The Matrix or some dream you had after taking drugs.

1. You are walking to the shop for some bread and a red Ford Focus drives past. Then on your way back from the shop, the same car passes. Is it –

A. A ‘glitch’ in the universe proving that the aliens operating the ‘reality computer’ have gotten lazy but thought we humans wouldn’t notice.

B. Proof that affordable hatchback cars are quite popular, and that when people drive somewhere they often drive home afterwards.

2. You are thinking about your nan, then the phone rings and it’s her. Is this because –

A. Everything is pre-planned by ‘the masters’ and we actually live and die on a loop which endlessly repeats until we unlock the enigma of the universe and become one with the cosmic consciousness.

B. Nan bought a cheap mobile phone from Boots and is just checking it works.

3. What about the pyramids? Apparently scientists did tests and they are bigger on the outside than the inside.

A. Well that proves everything.

B. Who are these scientists? Did they have facial tattoos and also offer to sell you weed? Because I’m fairly sure Stephen Hawking never wrote a book called Ancient Egypt – The UFO Dimension Theory.

You have proved that nothing is real. Congratulations! Next week we’re doing life after death.

Maybe reality really is just plain old reality. Or is it? Perhaps even this quiz is part of the illusion, designed by the alien god-beings to stop us asking the sort of questions that would eventually lead to their overthrow.

The patronising bastard's guide to not being poor 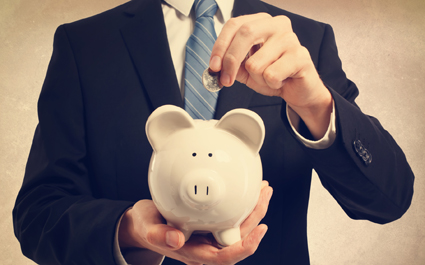 NOT being poor is easy if you follow the advice of ill-informed twats who read the Daily Express.

Here’s how to lift yourself out of poverty by not being feckless scum.

Stop buying all those expensive TVs and X-Stations. Poor people should be content to entertain themselves with the free magazine from the council called Swindon Council Matters, or a good game of hopscotch.

Just go into the Job Centre and get one of their many off-the-peg jobs, which is as easy as buying some chips. And if the only job available is doing part-time PCB soldering in Cornwall and travel will cost more than your wages, take it anyway because having a job is more important than mere logic.

Instead of eating expensive fast food, learn to cook with healthy ingredients such as string or marbles. They’ll pass through your system undigested and after a quick wash under the tap there’s no need to worry about planning the following night’s meal.

Only have as many kids as you can afford. To be honest, it’s a waste of time you having children anyway because you’ll just shout at them instead of sending them to a good university or to join the RAF.

If you’re only getting £72 a week in dole money, for God’s sake stop buying a new £800 iPhone every week. You probably only use it to jabber on about ’Custard Steak Treats’ from Greggs anyway.

Become rich. Lots of poor people have become rich, such as Sir Alan Sugar, Elvis and Charlie Bucket, so if you can’t manage this basic task you’ve no one to blame but yourself, frankly.