Although I was supreme tsar of first ever Russian empire, I am mainly remembered for throwing cats from top window of Kremlin for fun.

Watching living things hurtle head first at high speed towards spectacular finish is awesome way to spend afternoon and is how I invented Winter Olympics.

Back in 1560, if you yelled “Pussy Riot!” around Kremlin, it means everybody heads to top floor for party-time! Nowadays not so much, but we keep same principle for Olympic event of bobsleigh. Instead of cats, we take four members of girl band. Instead of Kremlin, we use 500 metre deep uranium mine. Dirty ladies are strapped to large barrel and on count of three, we release them down mine shaft and do loud cheer. Victory for Russia!

Same as bobsleigh but uses smaller girl band. One lesbian is tied to basting tray and launched headfirst from top of icy shaft. Ideally, the mine is engineered so two girls can be released from opposite ends and meet in middle at speeds of 96 mph. This is scientifically proven speed for ‘knocking some sense’ but has variable success rate. It’s why we never heard follow-up single to Not Gonna Get Us by confused lady duo, Tatu. No such epiphany was reached by these girls, only huge sound like when you open fridge and one thousand yoghurts fall out and make mess on kitchen floor. Also, uses roughly same number of kitchen rolls.

Invented recently by KGB double agents trying to find nice toilet after going for business lunch in sushi bar. Competitors have distinctive racing style – moving at high speed across icy terrain while bent double with one hand on backside.

This was invented in 1930s by Stalin while chasing dissident poets across frozen Lake Baikal to Siberian labour camp. As you’d expect, arty types wore trademark satin harem pants and glitter in hair. Also, they couldn’t run like normal men – could only glide, skip and make star jump. Another gold for Russia! 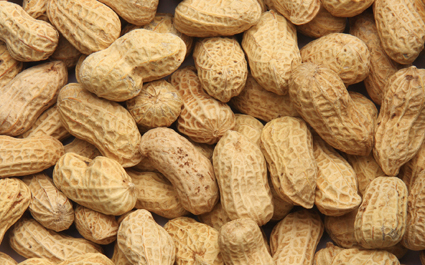 A POSSIBLE cure for peanut allergy means sufferers may have to talk about something else for a change.

Nut avoider Wayne Hayes said: “It’s great that I won’t suffocate because of eating something that’s been in the same postcode as a jar of Sun Pat.

“However that lingering danger was the lynchpin of my personality.

“It made me seem like a comic book character, trapped between the worlds of the living and the dead – the Peanut Man.  Now science has robbed me of that.”

He added: “Well OK, I met Pat Sharp in a car boot sale in Carlisle once. Shall I tell you about that?”

Mother-of-two Emma Bradford said: “It’s good news for my peanut-allergic children but bad news for me as a parent.

“I mean, what’s the point having kids if you can’t get vicarious attention from their food intolerances?”