Bromley's Jewel of the Raj to advertise during Super Bowl

A SOUTH London curry house has paid $2.2 million for a 25-second advert during Sunday’s Super Bowl.

The advert, which recommends visiting the fully licensed restaurant for food, drink and fine company, will appear in a coveted slot just before the halftime show.

100 million people will be watching the Super Bowl, and no doubt working up a hunger for a lamb kulfi at the same time.”

Bhatia voiced the advert and took full-colour photographs of his restaurant himself, while the crackly soundtrack was provided by his 11-year-old son Nitin, who is Grade 3 on the guitar.

The restaurateur dismissed concerns that the advert’s exclamation that his establishment is Only 3,400 miles to 7,300 miles from your location! will deter customers.

Maplin is where men meet for sex 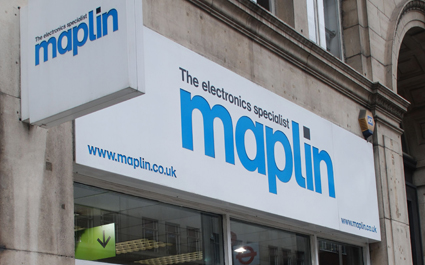 ELECTRICAL goods specialist Maplin is a front for cottaging, it has emerged.

The chain of stores, which sell things that no woman will ever desire, provides the perfect excuse for discreet gay action.

“But tell the wife you’ve got to nip to Maplins for a phono audio to HDMI converter and she never asks any probing questions.”

Undercover police discovered the sex ring when an inquiry about high-performance graphics cards saw them ushered into the back where a naked man asked if they were after a positive or negative terminal.

After no more than 10 further visits to confirm their suspicions, the officers reported their findings.

Eleanor Shaw of Bristol, whose husband is a Maplin regular, said: “I knew he couldn’t need that many external hard drives. Deep down, I knew it.

“It even has pulsing disco lights in the window.”

“Is it something like a four-pin male to 15-pin female adaptor? Because we do stock those.”