Are you wasting your life with paranormal bullshit? 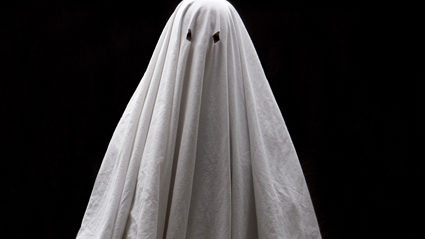 LAST week a former Canadian defence minister claimed alien technology was being kept secret by the Illuminati. Do you also waste your life on paranormal bollocks? Take our quiz and find out.

What do you consider an enjoyable evening?
A. A nice dinner party or pubbing and clubbing with mates.
B. Staying up till 4am staring at blurry photos of lights on the internet that could be fucking anything in the mistaken belief you are an elite UFO ‘researcher’.

You hear noises in your home late at night. What do you do?
A. Nothing, most buildings make sounds as beams or pipes expand and contract.
B. Install temperature sensors, buy a £1,500 movement-activated IR camera and wander around pointlessly for hours with a voltage meter as if that detects ghosts.

What is the most pressing issue currently facing scientists?
A. Global warming or a cure for cancer.
B. Bigfoot.

Do you know what ‘EVP’ is without looking it up?
A. No.
B. ‘Electronic voice phenomenon’, or the curious habit of spirits to communicate via electronic audio devices turned up to full volume. Typical crystal-clear messages from the afterlife include “wurrgh”, “kakakakakaka” and “gnurshhh”.

A co-worker asks why there aren’t better photos of UFOs now that everyone carries a phone with a decent digital camera. What do you do?
A. Agree
B. Accuse him of having drunk “the cover-up Kool-Aid” and subsequently keep a close eye on him in case he is one of the ‘Men in Black’.

During a walk in the countryside you see a dark blob in some woods and a ripple on a pond. What is your response?
A. Just assume you’ve seen a shadow and a fish feeding at the surface.
B. Frantically make hundreds of posts on paranormal sites saying you have DEFINITE SIGHTINGS of a young sasquatch and a lake monster, almost certainly one of a small breeding population of plesiosaurs.

Mostly As. Well done. You are not wasting your life on the paranormal. Avoid getting sucked in by not buying books called things like Rendlesham Forest: The Mothman Connection.

Mostly Bs. You are probably spending too much time on paranormal bollocks. Or is this quiz part of the UFO cover-up itself? Circles within circles, wheels within wheels…

Men in public toilet only washing hands because someone’s looking 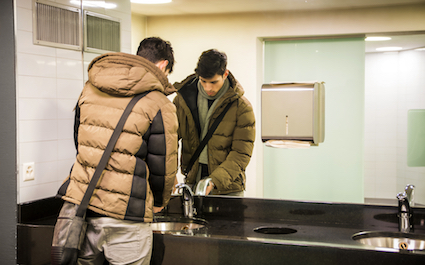 TWO men in a public toilet have each had to make a big display of washing their hands just because there was someone else there.

Tom Logan and Stephen Malley, each of whom would normally piss and run like normal men, found themselves turning from the urinals at the same time and felt pressured into adhering to basic standards of hygiene.

“I only had a quick slash and now my hands are all unnecessarily wet and it’s cold out.

“Seriously, he’s using the Dyson Airblade? And now I have to queue up behind him like I don’t just wipe my hands on my jeans.”

Malley said: “What a rigmarole for nothing, all to not be judged by a complete stranger I’ll never see again.

“Washing my hands. What a massive waste of time. They’ll only get dirty and covered in urine again.”