Shit be goin' down in Nantwich too

WITH media attention focused on crime in London it’s easy to forget the dangerous gang lifestyle of young people like me on the streets of affluent rural England.

Nantwich may look like a sleepy Cheshire market town, but there is mad gangsta shit going down all the time. For my homiez and me it’s like living in a 50 Cent track, and we should know because we listen to him a lot.

Gangs rule here. Robbo’s crew control the playground by the war memorial. Wander into their endz and retaliation is swift – riding at you quickly on a BMX bike or punching you in the arm and running off.

Drugs are rife. Gav’s older brother gives him enough Moroccan black for a spliff if he really pesters him, and Lee can get skunk from a guy in the sixth form. It really makes you cough.

Getting hold of weapons is no problem. Simon bought a laser pen on the internet and Liam has a catapult which he says can shoot a ball bearing through a car.

The Feds are always tryin’ to pin shit on us. We were hanging by the civic flower display when a cop in a car looked at us as she drove past, but we turned away and put our hoodies up. No ID, no case.

Our only way out of the ghetto is music. We practise rapping in Liam’s bedroom until his mum comes up and tells us to stop that bloody racket or go to someone else’s house for a change. It’s sad to see your own community hating on talent. 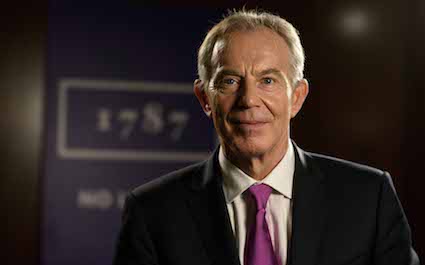 A PARTY that sits between the Conservatives and Labour on the political spectrum would be a strange hybrid of the worse parts of both of them, it has been confirmed.

Amid concerns that Labour are all scary Communists and the Tories have been irretrievably hijacked by hardline Brexiteer mentalists, it is believed that a wishy-washy in-between party who are not called the Liberal Democrats could attract many voters.

Professor Henry Brubaker of the Institute for Studies said: “While the extreme end of any party is weird, the alternative is the politically-anaemic centre ground where no one has any strongly-held convictions.

“This means they’re likely all just in it for themselves, but you can’t tell because they look like ordinary people instead of obvious nutters like Jacob Rees-Mogg or John McDonnell.

“One recent attempt has been funded by a group of multi-millionaires who probably don’t give a shit about politics but just want to stop Corbyn redistributing their wealth to the poor or Brexit shafting the economy.

“However, Tony Blair has endorsed the idea of a centrist party and he’s basically the opposite of Midas, in that everything he touches turns to shit, so the idea will probably just sink without a trace.”