The hater's guide to London

DO you hate London for various bizarre reasons and say brilliant things like ‘it’s not even English’? Here’s what those la-di-da shitponces are really like.

Everyone is a Brexit traitor

Londoners say Brexit will damage the economy, but really they’re just worried they won’t be able to go skiing every weekend and snort cocaine off the au pair’s tits. This is how all Londoners live.

London is like off the telly
Every Londoner has a magnificent view of Big Ben and the London Eye, like on the news. All their houses are the same as in Nigella Bites and full of posh food. No one ever gets bored in London because there are always interesting things going on such as Julia Roberts popping round and wanting to shag you.

They keep all the best public transport for themselves
Regional transport bordering on Third World standards isn’t due to privatisation, it’s because sneering elitist Sadiq Khan won’t let other places have the good buses and trains. If it wasn’t for him places such as Oldham would have a luxurious underground like London, where every passenger is able to peacefully recline in comfort with a complimentary lobster dinner.

Everyone in London is rich
Poverty does not exist in London because everyone has ‘jobs’ in the City, which is just a big con trick anyway. What’s so clever about shouting ‘Sell, sell, sell!’ all day? Anyone can do that.

They mock people from the regions
Londoners hold glamorous champagne parties where – disgustingly – a Northerner is paraded around like an exotic monkey. Guests will say things like “Isn’t it frightfully amusing, Rupert?” before poking the Northerner to death with sticks. 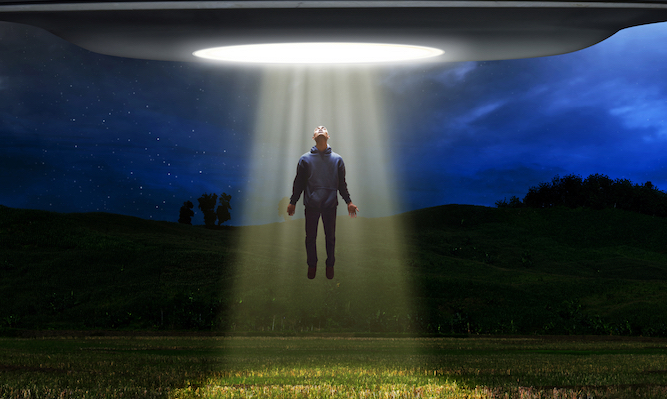 Who is your leader?
A. An ancient, reincarnated demi-God who will lead us to Eternia where we will live in intergalactic glory forever.

B. I don’t know, but it’s a UFO death cult so it’s probably someone weird.

Do your friends think you’re making a mistake?
A. I have given up all my friends from my previous existence as their lack of faith will only slow down the eventual arrival of the magic ship which will take us to the promised land.

B. Yeah, they think it’s a bit weird that I’ve joined a UFO death cult but no-one’s deleted me on Facebook yet.

What do you think of Brexit?
A. We’re against it, to be fair.

B. Yeah, we’re against it. We may be a UFO death cult but we’re not insane.

Mostly As: You’re a fully paid up member of the Liberal Democrats. Enjoy the spaceship ride.

Mostly Bs: You’re a fully paid up member of a UFO death cult. At least you’re not wasting your life.