Professor Henry Brubaker, of the Institute for Studies, said: “We should have realised this would backfire.

“We found that instead of rightly fearing tigers, lions and bears, children simply attempted to ride on them, stroke them or leave them on the bus sparking a heartwarming social media search.

“Our study recommends replacing cuddly versions of such animals with soft toys representing an animal even a child could defeat, like a worm or a mouse.

“After the age of nine they can move up to a duck, and by 12 they should be on the most terrifying animal an adult human could realistically fight on their own, the European otter.

“Not the South American giant otter. They’re five feet long and will fuck you up worse than a bear would.”

Woman loses argument with her dog 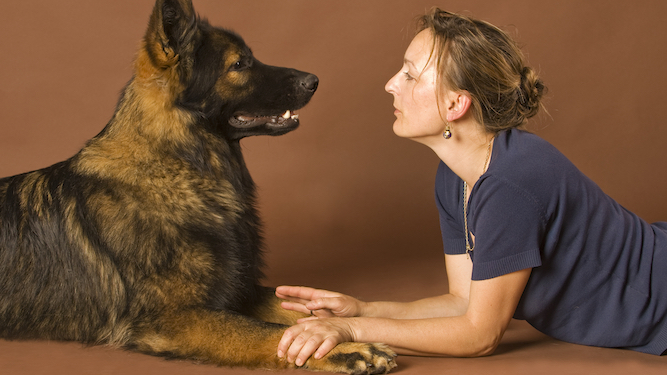 A WOMAN has lost an argument with her own dog about whether he deserved to be fed again.

Jane Thomson had already fed her Alsatian Oscar when the dog decided that he deserved a second dinner and began barking accordingly.

She said: “He followed me into the kitchen and barked at the food cupboard, then stood by his bowl. I explained that would not be happening.

“Then he barked again, reproachfully, as if to remind me that I’d made chips at midnight last night, and I had to tell him how deeply I regretted that and how ashamed I was.

“Then he lay down and gave a sad little whine that seemed directed at himself for his own greed, and I replied nobody understood that better than I did and cried a little bit, and told him we had to be strong for each other.

“He just looked at me. Then I opened him another tin of Chappie, because we both knew where this was ending up.”