THERESA May has confirmed that she will take the same plan back to Brussels to ask for the same changes before the same MPs vote on it the same way.

The prime minister has confounded critics who accused her of being out of ideas with her innovative new approach of repeating her actions exactly to achieve an identical result.

A Cabinet source said: “She’s issued everyone with scripts and warned us that she doesn’t want any improv.

“We’re all to deliver exactly the same lines to the same people as we’ve been doing for the last month. I questioned why and she told me I hadn’t asked that first time around so I wasn’t allowed to ask it this time.

“The leaders of the EU will send her back with no new concessions, then she gives the speech about how we must back her deal, then we vote against it, ‘ad infinitum’ it says here.” 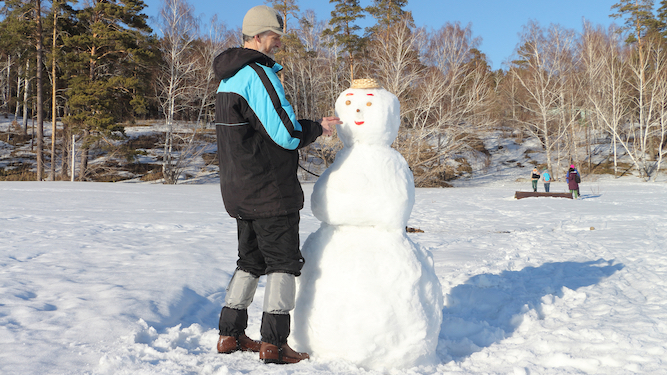 A MIDDLE-CLASS man has hired a working class tradesman to build a snowman in the back garden with his beloved children.

Julian Cook, from Leamington Spa, has booked the tradesman to construct a five foot snowman while his children play and laugh and he catches up with office emails.

Cook said: “The thing about magical childhood memories is they only take a few seconds to capture, but there’s hours of prep.

“I’m a busy man, so Wayne from WH Construction will build the snowman then I’ll nip out and capture the magic on Instagram at the end.

“It looks great in the marketing brief, but the reality of building a snowman is scraping around with frozen hands while the kids get bored and go in and watch telly.

“I commissioned the snowman, it’s my creative vision. I have simply outsourced that vision to a technician.”

The project is expected to run over deadline and over budget, but builder Wayne Hayes explained: “We’ll struggle to get some of the parts we need and I’ll have to collect a top hat and a pipe from Coventry.

“But honestly you won’t find snow craftsmanship of this level at a better price.”