CAN’T afford a house? You could live in one of these boxes instead.

With house prices rising again, there has never been a better time to explore cardboard-based living option. These great boxes should be just about within your price range, unless you live in London where boxes could be twice as much for some reason.

Shoebox Whilst not the biggest of boxes, a shoebox can bring a real element of style to your living arrangements, though it does depend on the type of shoe that was in the box. A luxury shoe brand’s box would be the equivalent of a New York loft apartment, whereas a Clarks box is comparable to a maisonette above a kebab shop in Swindon.

Matchbox Pros: compact, bijou and cosy with good use made of the available space. Cons: massive fire safety risk.

Fridge freezer box The Barbican of box-dwelling, a fridge freezer box offers considerable space though could benefit from some modernisation. Your friends will be jealous that you can almost stand up in it but describe it as ‘a wanky brutalist eyesore’ behind your back.

Coffin You’re going to need one eventually anyway, so why not invest early in one of these ruinously expensive boxes and get some proper use out of it.

Labour 'only doing better because May is utterly shit' 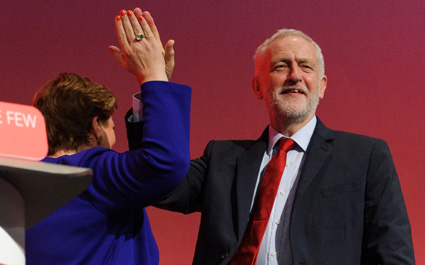 LABOUR should not assume they are great just because voters really loathe Theresa May, experts have warned.

Delegates at the party conference have been advised that recent electoral gains could be entirely due to May being incredibly shit at everything political.

Professor Henry Brubaker of the Institute for Studies said: “There may be some public interest in Labour’s policies but it’s more likely voters thought, ‘I’d rather vote for a dead squirrel than May.’

“It’s assumed Corbyn is respected for his principles, but it could just be that he doesn’t wear brown leather flares or belted trouser suits that make him look like one of Dr No’s henchmen.

“As a result Labour could face a tough electoral battle if the Tories replace May with literally anyone who isn’t her, whether it’s a random woman from a cafe or the Chuckle Brothers.”

Voter Nikki Hollis said: “I think what appeals to me most about Labour is the way Theresa May isn’t in it.”