BRITONS have responded to the worrying rise of the far-right in Germany with thoughtful, well-considered Hitler jokes, it has emerged.

After Alternative fur Deutschland won a large share of the vote, the intelligent and measured British reaction was to joke about the Nazis and extremely well-worn Germanic stereotypes.

Office worker Martin Bishop said: “I’m surprised the AfD did so well because I assumed they’d be driving around in their panzers trying to pinch all the sun loungers!

“Personally a revival of the German far-right doesn’t worry me, because as Corporal Jones said, ‘They don’t like it up ‘em!’. Ha ha.”

Bishop then amused colleagues by singing the wartime song about Hitler having one testicle, although the relevance to the 2017 Bundestag election was unclear.

Teacher Tom Logan said: “History has taught us we have to take the far-right in Germany very seriously.

“Sorry, I just got distracted thinking about the Fallen Madonna with ze Big Boobies.”

People doing PhDs admit it's just an excuse to fanny about 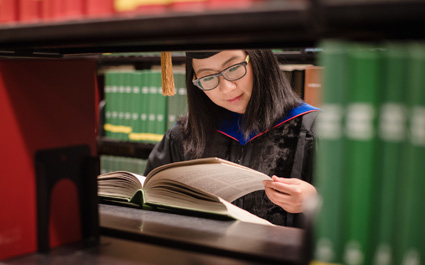 PHD STUDENTS have admitted it is just an excuse to spend another three years arsing about.

Julian Cook, who is currently writing a PhD thesis on the history of tables, said: “I really enjoyed my degree because I only had to do a relatively small amount of work and was able to have a bath during the day without anyone shouting at me.

“When that ended I was naturally very worried that I might have to get an actual job, then somebody suggested doing a PhD.

“It’s great, you think of some nonsense to write a long essay about, preferably involving foreign travel, and then you just go off and knob about for a bit.

“As a bonus, you get to make strangers think you’re clever.”

Mary Fisher is currently doing a PhD in why some dogs are bigger than others. She said: “I love learning because it is far less shit than having a job. Also you get to go in a university library and read all the magazines.

“I’d recommend it to anyone who is clever or has rich parents.”