Left-wing Londoner pretending to be pleased about Uber ban

A GUARDIAN-reading Londoner is hailing the Uber ban as a victory for worker’s rights despite being secretly pissed off.

31-year-old Tom Booker outwardly rejoiced when the online cab firm lost its license, calling it “a major blow for the corrupt and oppressive gig economy”.

However he is secretly concerned that black cabs are incredibly expensive and is also a bit scared of going on the tube.

Booker said: “Uber is a heartless corporate entity that puts profit above workers’ rights, and threatens the livelihoods of ordinary salt-of-the-earth cabbies.

“That said, next month we’re supposed to be going for a birthday meal at a well-reviewed vegan restaurant in a far-flung London suburb with poor public transport links. I suppose we’ll have to get a cab which will cost fifty fucking quid.

“Not that I mind of course, because black cab drivers have to learn all the street names which takes years of hard graft. Although somebody should probably tell them about sat nav which does make that sort of pointless.”

Size of wine glass linked to how smug you are 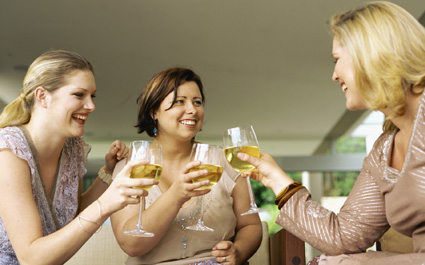 PEOPLE who make a point of drinking out of wine glasses the size of fish bowls are the smuggest bastards of all, it has been confirmed.

As buying fancy shit to fill their massive houses continues to be the most popular way for middle class people to prove their worth to each other, oversized wine glasses have emerged as the best method to pin point who is the biggest wanker.

Smug bastard Joanna Kramer said: “I started off with a set of bog-standard IKEA numbers that you can smash during an argument about your husband eyeing up the babysitter without worrying.

“But I realised I had to up my game when I went to a friend’s house and they had those glasses that are so wide at the bottom that it looks like they’ve only poured you a centimetre of wine when actually you’re going to be absolutely shitfaced if you drink it all.

“I got some that are so big that they’re actually really tricky to hold in one hand, which makes my guests feel uncomfortable and tense, but which no one dares to hold in two hands because they’ll look like an idiotic child.

“My dinner parties are such a lot of fun.”