ARE you a bigoted TV viewer outraged by the slightest hint of multiculturalism? Follow our guide to watching television without losing your shit.

70s sitcoms are perfect reactionary viewing because women are either domestic battle-axes or dolly birds being ogled by dirty old men, which is clearly how society should be.

Racism is also popular, so you can laugh heartily as characters worry about their Jamaican neighbour “coming after me with his spear”.

Tune into the shopping channels

These have no agenda other than to sell you tat. No one will force liberal or progressive views on you, although you will probably spend £500 on polyester ‘fashion jackets’ and kitchen gadgets called things like ‘Potato Chimp’.

Look out for old WW2 films

If you don’t like foreigners, what better than to watch them bombed, drowned, shot, shelled and bayoneted by plucky Brits? And if you just want to enjoy some mildly xenophobic rustic scenes there are home front dramas with titles like They Served with Gratitude.

You are bound to be triggered by Doctor Who’s slight obsession with diversity, so check when it’s on and have a Carry On film ready to watch instead, ideally one with Sid James leering over an aerobics class. 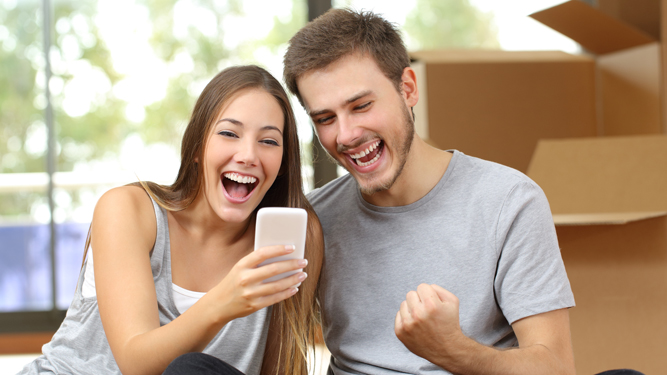 A YOUNG couple are celebrating taking out a terrifyingly huge loan that they will be paying off for the rest of their lives.

Helen Archer and Tom Logan borrowed a quarter of a million pounds to buy a small brick box in a suburb of Weston-Super-Mare and are over the moon to be on an endless treadmill of debt repayment.

Archer said: “It’s next to a motorway and we have to drive 14 miles to the nearest shop, but we’re ignoring all that because we’re so thrilled to be on the property ladder.

“Tom hates his job and mine is a massively long commute now that we’ve moved, but we can’t quit and get jobs nearer which pay less because if we do the bank will repossess our house and we would have to live under a bridge.

“Still it’s worth it to feel superior to people who rent, even though they can get someone else to pay when the boiler breaks, whilst we have to phone up my dad and cry.”

She added: “We’d like to throw a housewarming party but we now live an hour’s drive away from all our friends so they probably couldn’t be arsed to come.”