DATING apps can be a great way to meet people and even have crazy, no-strings sex but what are the best ones that you’ll never get to use because are you going to risk everything just for some girl on a dating app? The house, the car, the kids, the wife? Seriously? Let’s take a look at what you’re missing..

Bumble
Bumble offers the chance to meet people in the same area, go for a drink, hang out and probably/hopefully have crazy, hot sex. You can write a nice little bio and even answer amusing pre-written questions as a way of showing how interesting you are, but you’ll never get to see any of this because she’d leave you in a heartbeat if she even thought you were chatting to some fit 20-something goth girl who says she’s not bothered that you’re married. But they all are, in the end. Seriously mate.

Tinder
You’ll end up paying for the app and then one day the wife will see it on the bank statement, she’ll do a bit of research, by which we mean she’ll Google it, and she’ll know you’re on Tinder and then what? You can stay with a friend but their wife won’t be happy about it and eventually you’ll have to get your own pathetic little place. Get a bloody grip.

Plenty of Fish
You’re going to risk your four bedroom house, the respect of your kids and a wife who is still, truth be told, pretty fit, just for some girl off POF? Might not even be a girl. Maybe you’re being be cat-fished. You could lose everything for what you think is a gorgeous young hippy chick who says she’s happily living off the grid but then what? It turns out she’s a bloke called Hacksaw. If that’s what you’re into then fine, but you really need to think this through.

In conclusion, dating apps are fine. Just not if you stand to lose a house, car, kids, a wonderful wife and the dog as well. Think about losing the dog is what we’re saying. Could it get any worse than that?

Five nostalgic things that were shit if you're honest about it 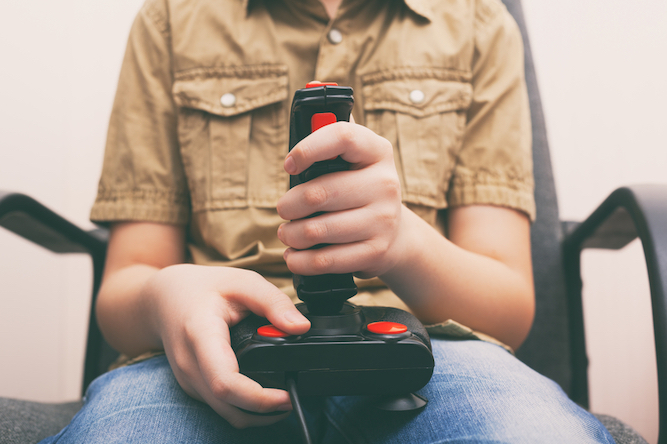 A BIT of nostalgia is excellent, but are you fondly misremembering things that were in fact total bollocks? Let’s find out..

Spud U Like
Wasn’t it great when, circa 1982, all the family went to Spud U Like? No. A typical meal was a potato with baked beans and cheese, or for less adventurous eaters, just butter. The franchise couldn’t have been less ambitious if it had been called Meat Paste Sandwich U Like.

1980s computer games
Men of a certain age have incredibly happy memories of hammering away at their Spectrum or Commodore 64 for days on end. However they forget many of the games were grimly repetitive, consisting of doing the same thing at increasingly mental speeds, or full of rage-inducing bugs and poor design. Addictive rather than good, like crack for 12-year-olds.

MTV
It was brilliant when MTV started up in the UK – if you had a desperate urge to watch shit videos for shit songs like Poison by Alice Cooper 15 times a day for a brief glimpse of tits.

The A-Team
Der-der-der-der, der-der-der! So went the theme music before another ‘adventure’ that was completely f**king identical to the last one, but with a slightly different actress with big hair. The possibly-coked-up script writers invariably failed to think of an ending that did not involve putting armour plating on something.

Powerballs
It’s indicative of how bad the 1970s were when the last word in excitement was owning a rubber ball that could bounce really high. After hurling it at your drive for a few minutes it would invariably get lost, leading to tears, weary dads buying a new one and more money for the devious manufacturers.