We’ve reached the 'hardly having sex' stage of our relationship and we're both incredibly relieved!

HAVING sex is just an undignified way to knacker yourself out after you’ve been together a while. We’d rather watch telly and have a laugh.

Advice columns are always stuffed with letters from couples desperate for ways to spice up their ailing sex life, but why bother? If you don’t feel like having sex, attempting to introduce some ‘light bondage’ at this late stage is only going to make things even more awkward.

Before we slipped into our current blissfully copulation-free state we tried acting out a kinky teacher/pupil role-play scenario and that hideously embarrassing experience pushed us closer to divorce than not having sex ever could.

And is sex even that great? Rubbing genitals just seems like something that should be left to dogs, especially when, as humans, we have invented much better ways of enjoying ourselves, like going on rollercoasters or taking MDMA.

If you want to get all anxious about the fact that you aren’t having nine hour tantric sexathons, or are secretly freaked out that your partner has read Fifty Shades of Grey so many times that the pages are falling out, I feel sorry for you.

We’ll be watching The Walking Dead with a plate of Jammie Dodgers. And it will be incredibly satisfying for both of us. 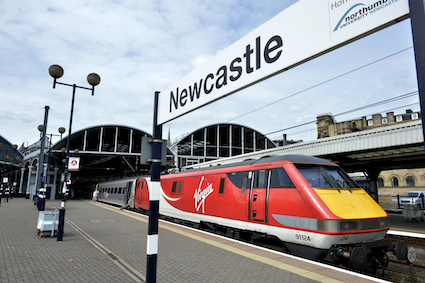 FIRST-time travellers up north will be helped to prepare themselves before leaving the railway station.

Stations in Newcastle, Leeds and Manchester will offer passengers travelling from London one-to-one therapy in marquees situated immediately before the exit.

A spokesman for Manchester Piccadilly said: “Most people born and bred down south don’t travel up north more than maybe once or twice in their lives and probably require a very special or comprehensively unavoidable reason to do so.

“Consequently, when they arrive here and see the blotchy faces, are exposed to the rasping accents, overwhelmed by the aroma of old-style Wimpy bars and confused by fish and chip shops offering ‘pea wet’, some of them have been known to faint and injure themselves.

“We offer a complimentary service, including short videos and pamphlets, which will help travellers to avoid that feeling that they’ve been plunged via a wormhole into a late 1970s Mark E Smith lyric.”

A spokesman for Glasgow’s Central Station said: “We could give you six weeks of videos, simulations, brochures, whatever, to ease the trauma.

“Truth is, you won’t know till you experience it in the raw. Glasgow is Glasgow.”