What does your choice of disgusting herbal tea say about you?

Do you drink green tea because it’s good for you, even though it tastes like the boiled piss of the devil? You are a masochist. Follow our guide to find out more.

Detox tea
If you spent last night drinking neat tequila and snorting unidentified white powder off the back of a loo, you’ll need more than some dried herbs in hot water to make you feel better. You are deluded.

Chamomile tea
Similarly, if you haven’t slept more than four hours a night for the last three years, you’ll need to attack that raging insomnia with something tougher than diluted flowers. You are desperate.

Vanilla chai
Proudly displaying this in the kitchen at work won’t actually give you the laid back hippy credentials you crave, because you’ll be sipping it whilst slaving away at that tedious office job. You need a change of career.

Peppermint and Licorice
This tea sounds like a fun, sugary explosion in Willy Wonka’s factory, and yet manages to taste of barely anything at all. You are all style and no substance.

Rooibos
Rooibos or ‘red bush’ is tea that pretends to be actual, proper builders tea, but is in fact caffeine-free and tastes weird. You are not to be trusted. 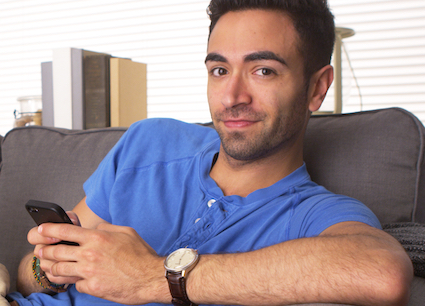 A MAN feels he is doing pretty damn well in life due to his substantial wealth in Nectar points.

With over £100 on his Nectar card, Tom Logan is living a lifestyle beyond his wildest dreams and believes he is a respected figure in the community.

Logan said: “I’m in a good place financially. If I want a top-of-the-range Sainsbury’s deep pan pizza I just redeem a few Nectar points and don’t think twice about the expense.

“It wasn’t always like this. When I was a young man I’d have pathetic sums like £2.43 on my card. Now when I tell people how rich I am in Nectar points they look really surprised.

“They definitely respect me, like Vito Corleone in The Godfather. If someone comes to me with a problem – say my niece Suzi wants a Freddo – I’ll take care of it.

“With wealth comes responsibility. Sure I could have wild parties every night, but you’ve got to spread the opportunities around, like when I bought my parents a bucket from Argos.

“My advice to a young guy coming up in the world of Nectar points is you’ve got to work for it. By which I mean mainly shopping in Sainsbury’s and BP garages.”

Logan’s status was recently challenged when he overheard a well-spoken woman say she had £250 on her Waitrose card, but he has decided that was a ridiculous lie.