HAVE you just found out that something you thought was cool and progressive is total sh*t? Save face with these damage control tips.

You could just admit that you didn’t know about the damaging impact almond milk has on the Californian environment, but where’s the fun in that? Brush off the information that has destabilised your flimsy identity by smiling and saying that you’d already read a Guardian article about it. This frees you up to do your own research on your phone on the toilet later.

Mention something worse
Yeah, you might’ve underestimated how bad Huel is for your cardiovascular system, but have you seen what’s going on in the Amazon? All those fires and the Brazilian government is doing f*ck all about it… Pretty terrible eh? If you can get people to talk about that for 20 minutes they might forget about your toxic obsession with a powdered food substitute.

Get personal
Rather than taking the Earth-shattering revelation that the Myers-Briggs test is bullshit in your stride and using it as an opportunity for introspection and growth, you could always deflect your anger. Pointing out the carbon footprint of your friend’s kid is a good place to start, but we’re sure you have many, many more judgemental ideas of your own.

Start banging on about something new
By the time you’ve read this your current progressive interest has probably been overtaken by something even more out there and right-on, so just start wittering on about that instead. If all else fails, you could start talking about those social reform ideas you came up with after you smoked your first herbal cigarette and opened your third eye. 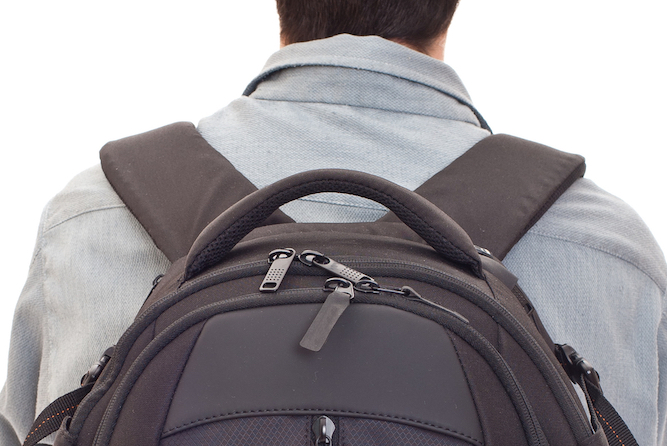 AN absolute maniac has been seen putting a banana in their rucksack completely unprotected before then heading off to work.

Martin Bishop intends to eat the banana as an afternoon snack unaware that his commute to work will cause it to be a brutalised shadow of its former self.

“I thought Martin was a sensible, smart guy, which is why I married him. I now have grave concerns about his brain.”