Why I did that shite Marks and Spencer advert, by Paddington 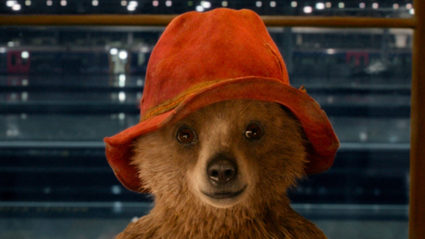 I KNOW a lot of people think I am a furry whore, but believe me I had my reasons.

Obviously I would rather be the beloved marmalade-muncher of your childhood than a corporate shill for a big shop that apparently sells things other than pants and sandwiches, but the fact is I’ve got three cubs now. Two are at private school which costs a fortune, although thankfully the less academic one just lives in a forest foraging for grubs and berries.

I guess I should probably just take the family to Canada and live off the contents of dustbins, I expect we’d be happier but the truth is I’ve gotten addicted to wearing coats and have gradually upgraded from Tesco Value marmalade to the Duchy Original thick cut Seville orange variety, and that shit does not come cheap. So when Marks & Spencer came knocking, it was time to lube up and take one for the team.

While filming the advert I actually tried to escape the set, but they shot me with a tranquiliser dart and dragged me back. Legally you can do that to bears. The script didn’t make sense to me – basically a burglar lets me make him return a load of stolen stuff, when he could just have told me to piss off – but we got through it. Financially speaking, it was do the advert or get my glands drained for a Chinese impotence cure, and this was the marginally better option.

I’m a bear with an ageing fan base who needs to get his family through the next hibernation period. Also, there’s some stuff I did earlier in my career that might resurface to haunt me. I realise now that it is never acceptable to eat hikers, but in the 70s everyone was at it. What can I say? I was young and a carnivore, don’t judge me.

Magical, fun-packed Special Brew lorry coming to a town near you 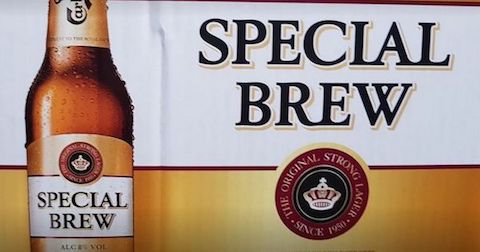 A PROMOTIONAL festive lorry full of Special Brew and Brew-related gifts is touring the UK.

Inspired by the popular ‘Coke Lorry’, the ‘Brew Wagon’ will be visiting town centres across the country handing out free cans of super-strength lager and encouraging families to enjoy the Special Brew experience.

A Carlsberg spokesman said: “Come and meet ‘Father Brewmas’ a friendly red-faced chap who always has a can of the good stuff with your name on it. He’s very friendly even if he doesn’t smell that great.

“He might even ask you to sit on his knee but I wouldn’t do that to be honest, for a number of reasons.”

As well as meeting Father Brewmas and getting a can from his ‘Brew Elves’, visitors can get aboard the truck to experience a Brew-themed wonderland.

The spokesman said: “We’ve transformed the lorry interior into something resembling the back alley of a pub, complete with skips full of real rubbish that you can get into and fall asleep.

“You can meet other Brew fans there, and perhaps have an argument that will quickly escalate into shoving.”