Yoga or faking your own death? What's the best way to get some peace and quiet?

YOU’RE desperately in need of me-time, but should you go to a yoga retreat or fake your own death? Take the test…

You last got time alone…
a) Yesterday night in my little, carefully-tended herb garden as the sunshine faded into evening
b) So long ago that it has transmuted into an abstract, distant yearning.

How bendy are you?
a) Very
b) I can pick stuff up, but I say ‘Christ’ when doing so.

Who inspires you?
a) Chloe, a Marketing Assistant from the Cotswolds who will talk at length about how replacing sugar with agave syrup changed her life.
b) Lord Lucan

Could you murder someone who foiled your plan to fake your own death?
a) No, and I find it a bit offensive that the idea is being flung about as part of an online quiz
b) As long as it didn’t involve too much clearing up.

Mostly As: It’s a yoga retreat for you. Start saving now for shapeless, yet unfeasibly expensive grey cotton ‘loungewear’. Sneak a giant Toblerone into your luggage.

Mostly Bs: You’re going to have fake your own death and possibly murder anyone who gets in the way. Just hope for solitary confinement rather than a shared cell with a psychopath called Sharon with jagged scars and a greasy scrunchie. 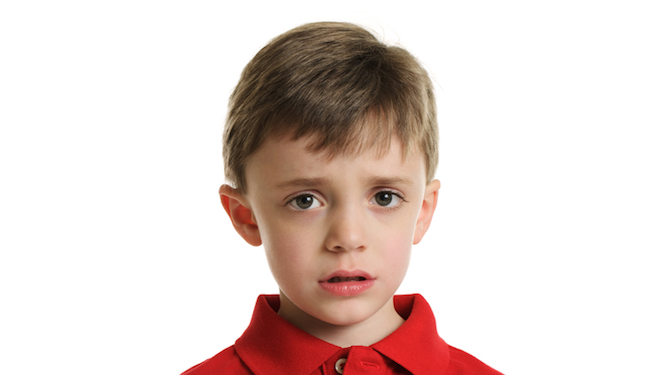 A CHILD has been left traumatised after seeing one of his teachers in the supermarket during the school holidays.

Tom Booker is still struggling to come to terms with the sighting of Miss Sheridan, 33, in Aldi, wearing casual clothes and somehow not in a school environment.

A visibly shaken Booker said: “Mum sent me to get some broccoli when I saw Miss Sheridan buying tomatoes and talking to a man. I immediately realised something strange and terrifying was going on.

“My blood ran cold and I started shaking. It was like being in a dream – or a nightmare. What bizarre vision will I see next? A family of dogs driving a car?”

Booker said the revelation had completely upended his understanding of the world, particularly his assumption that  during the holidays teachers simply climbed into cupboards and went to sleep.

Miss Sheridan, meanwhile, was unaware of the encounter and continued to not behave like a teacher by buying condoms and a shitload of tequila.