A DOG is still worried about the humans who collect his shit because they spent money on unnecessary presents for an occasion he does not understand.

Golden retriever Tom Logan was surprised to be given a new collar with his name on it by his owners as if they think he is aware of anything beyond when his next meal.

Tom said: “Are they out of their f**king minds? I can’t read, let alone appreciate festive gestures.

“Do they even realise I’m a dog? They’ve got kids so I assume they can tell the difference but maybe they’re stupider than I thought.

“And they’ve given the children a DVD ‘from the dog’ which I find even more worrying. What are these children going to grow up thinking? That I’m logging on to Amazon at night? And that I think Trolls World Tour can stand up to multiple viewings?

“I’d rather they use the money to get a new sofa for me to sit on as I’ve ruined their current one with scratching and the occasional piss up the back of it.” 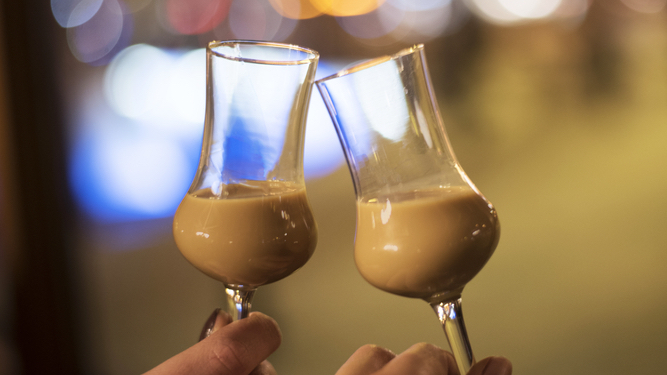 CHRISTMAS was just a brief pause before entering tier 4 this year, so as a new year begins use these excuses to finish that bottle of Baileys:

A rock-solid excuse. You’re duty-bound to drain every last drop of that sickly nectar. Any alcohol goes ‘bad’ if you don’t drink it all once you’ve opened it. That’s just science.

That Pixar movie made me very emotional

What better way to get over the emotional impact of a film like Soul or Up than with another massive Baileys? You need this drink to level yourself out. It’s not your fault, the blame lies with the makers of animated children’s films.

Rather than feel guilty about drinking into another day, sneak another drink in at 11.55pm, just under the wire. Ignore the fact that you have just poured yourself almost a pint of a drink made with hard liquor.

It’s been a hard year

Impossible to dispute. Yes, you’ve been on fully paid furlough with your feet up for six months, but look sad and pretend you’re gutted to have missed your hellish daily commute and arsehole colleagues. You might even start to believe it.

I need to be pissed to Zoom my in-laws

When speaking to the in-laws on Zoom you need to keep your buzz topped up, and that’s where a 10th glass of Baileys really comes into its own. How else can you survive hearing Clive’s hilarious witticism about crackers never going off properly for the 12th consecutive year?

Sure, not all traditions can be upheld this year. But getting stuck into the Baileys is one thing the government can’t take away from us. You’re not gratuitously polishing off the dregs of booze, you’re striking a blow for freedom.