Five weird presents you'll be getting from your strange auntie

ONE of the less popular Christmas traditions is receiving utterly weird tat from your slightly strange aunt. Here are some horrors to expect.

Nothing says ‘Merry Christmas!’ like a bottle of body milk that’s clearly been knocking around Aunt Susan’s bathroom for at least five years. Extra ‘strange aunt’ points if it’s leaked and gone a bit crusty.

Smoking is less popular these days, for some reason, but that won’t stop Auntie Patricia rinsing out a cut glass number that’s been gathering dust on her shelf since the 80s and giving it a new lease of life.

Not a terrible gift in itself, it’s just that yours will be very low quality and clearly made from a pattern dating back to the 1970s. The only less-welcome gift is knitted underwear, and you may well be getting that next year.

Birds, ballet dancers, dogs, clowns – basically anything that’s ‘off the market’ rather than ‘Royal Doulton’. The options are endless, but they will all have wonky eyes. The odd thing is that strange aunties really do think they’re lovely.

Anything engraved with the wrong name

This looks as if the gift-giver is taking the mickey, but your slightly bonkers Aunt Bethan genuinely believes you’d like to own a knackered old tankard that once belonged to someone called ‘Arnold’.

What sort of idiot voting against your own interests are you? 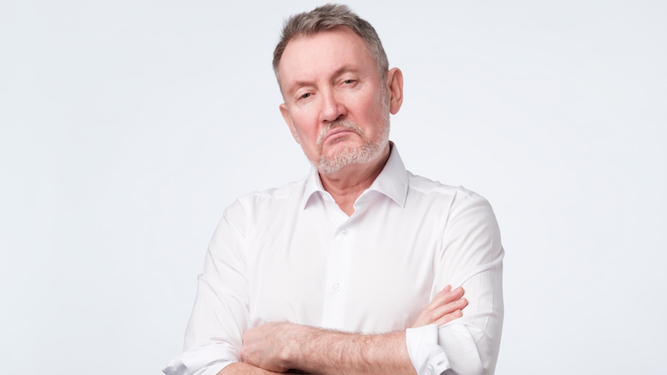 ARE you planning to vote for an election candidate whose stated policy is to screw you over? Check to see if you’re one of the following idiots.

Reason will not be influencing your decision. Do local seagulls get on your nerves? Are lamb chops annoyingly expensive these days? Vote Tory or Brexit party in a totally random act of protest.

You believe bad things only happen to other people

Your view is basically that you don’t get ill very often, and even then it’s usually just a cold, so the NHS doesn’t really matter. Luckily your magical immunity to bad things also extends to Brexit, so it will only be other losers heading for the Job Centre.

Not being in love with The Bearded One is totally understandable, but maybe it’s worth gritting your teeth and giving his policies a shot? It’s like a medieval peasant saying: “I fully support Robin Hood’s redistributive taxation policies but I don’t like his beard, all that showing off with a bow or his fancy metropolitan elite green tights.”

Boris is your mate

Alexander de Pfeffel Johnson is not your mate, even if he waved at you vaguely from 50 yards away during an election walkabout. If you were his mate, he’d be on the phone helping you duff up a journalist who’s upset you.

You use the opposite of common sense

Is your main concern your crummy local bus service? Obviously you should vote for a party that’s shown precisely zero interest in local services. The Brexit Party is ideal because they don’t have policies on anything.