How to decode a smug, end-of-year round robin email

WHO doesn’t love a smug ‘round robin’ message in which friends and relatives tell you how well things are going for their family? But what do they really mean?

“Jack had a recorder solo in the nativity.” Jack is an attention-seeking little twat who grabbed someone else’s recorder before hitting a sheep with it and storming offstage. We’re in negotiations with the local authority.

“Claire and Pete continue to enjoy their marriage.”  Claire is enjoying the plumber and Pete is spending lots of quality time with his gimp.

“Gemma’s world travels continue.” Gemma keeps tapping us for money while she gets stoned in Cardiff.

“Ollie celebrated his graduation from Cambridge.” Ollie got a third in advertising studies from Anglia Ruskin and almost choked on his own spew.

“Grandma is still very sprightly for her age.” The care home fees are draining the boat fund. We’re beginning to think she’s doing it out of spite, the manipulative old bitch.

Danny Dyer to join Marvel cinematic universe as himself 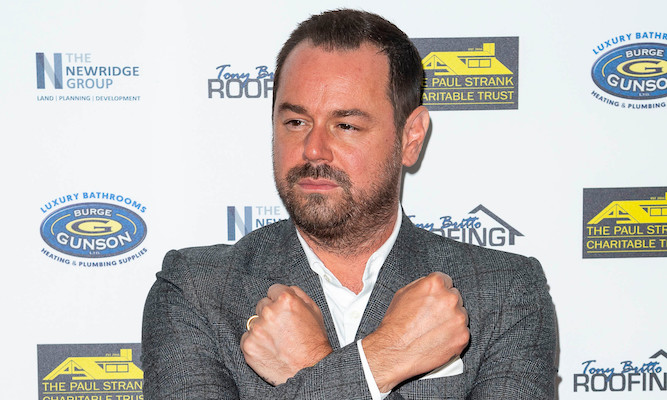 DANNY Dyer is to join the Marvel cinematic universe as new Marvel hero Danny Dyer, he has confirmed.

The Cockney actor, who is currently playing Danny Dyer in EastEnders, will appear in The Eternals as a Cockney bad boy who smokes, drinks and is not afraid to ‘get a bit tasty’ if anyone threatens his family.

“There’s a scene where I take Thor to watch the Hammers, I throw that Scarlet girl a pity shag because her robot fella’s had it, and I plant the nut on Loki.

“I got on it when I interviewed Thanos for Deadliest Men. They tried to find an existing Marvel character for me to play but there’s no-one  – Captain Britain? He’s a twat – so I’m just in it as Danny Dyer.

“Only that soppy bollocks Spider-man had the minerals to disagree and now his spider senses ain’t the only thing that’s tingling, because I planted the nut on him an’ all.”

Marvel Studios boss Kevin Feige said: “Why not. This gravy train’s got to crash at some point.”