Man annoyed he still can't drink in the morning yet

A MAN is quietly annoyed that he still cannot start drinking in the morning for at least a few more days.

Wayne Hayes of Stevenage confirmed he was itching to be able to start his day with tea, toast and a large glass of brandy the moment it becomes slightly socially acceptable.

Hayes said: “I just need to hang on till Saturday then it’s morally fine to drink in the morning. It won’t damage my liver either, because it’s Christmas.

“It’s great. You wake up, have a shower, pour yourself a large vodka Martini and watch repeats of Frasier until the shit TV starts a bit later. And because you’re half cut it doesn’t seem as unbelievably shit as it usually does.

“My theory is that Cash in the Attic is only still on TV because regular alcoholics have been too drunk to notice it’s incredibly boring.

“Then you can have a snooze at lunchtime for a couple of hours before a healthy yet leisurely stroll to the pub. It’s important not to spoil Christmas by trying to cram too much in.

“It really is the season to be jolly. And unable to walk or see.” 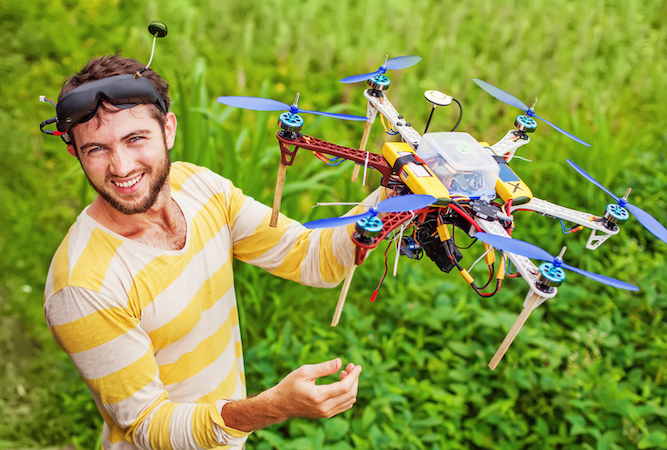 PRIVATELY operated drones are a clear sign that society has lost its mind, experts have confirmed.

Researchers found it was ‘demonstrably insane’ to allow the average idiot to own a small, unpredictable flying machine.

Professor Henry Brubaker, from the Institute for Studies, said: “We’re now allowing anyone to send a two-foot wide, unmanned helicopter into the air.

“You know how, in the course of a typical day, you come across at least a dozen utter morons that you wouldn’t trust to boil an egg?

He added: “Can we please just stop – for five fucking minutes – and think about this?”