Your guide to having a slightly rubbish 1980s Christmas

NOSTALGIC for the Christmas of your childhood? Here’s how to recreate limited entertainment options and other disappointments of the era.

Restrict yourself to terrestrial channels

Have you got zero interest in watching Graham Norton doing a sucky interview with Tom Cruise? Stick to the main four channels and only flick over to Jonathan Ross arse-licking Simon Pegg, or something tedious about cathedrals on BBC2, or Channel 4 repeating My Beautiful Launderette. This is exactly how the 80s were.

Do not use any modern convenience food

Christmas is much easier with pre-washed vegetables or fresh gravy you can simply reheat. Ditch these and instead exhaust yourself peeling endless carrots and potatoes. Then serve the turkey with a watery, terrifyingly salty beef Oxo cube, because there aren’t enough juices to make gravy.

Being pestered for a PS5? Get them an old handheld Pac-Man game off eBay. It was so amazing in 1982 you played it until your fingers almost fell off, which may explain those twinges that could soon become arthritis. Or insist they the play The Game of Life, the most boring ‘game’ ever invented.

Several decades ago, ‘Christmas’ activities could include ‘Let’s go for a drive in the car!’ – round some uninteresting local B-roads. Strange bloke behaviour was rampant in the 1980s, so it wasn’t uncommon to visit relatives and discover your uncle had chosen Christmas Day to insulate the loft.

Only watch films made in 1975 or earlier

It used to take ages for new films to be released to TV, so you’d be stuck with old stuff. Instead of fresh fare like Frozen 2, make your kids watch Doctor Dolittle with Rex Harrison, Where Eagles Dare and Holiday on the Buses. If all of the above makes them turn out a bit strange, you’re just handing on the 1980s to a lucky new generation. 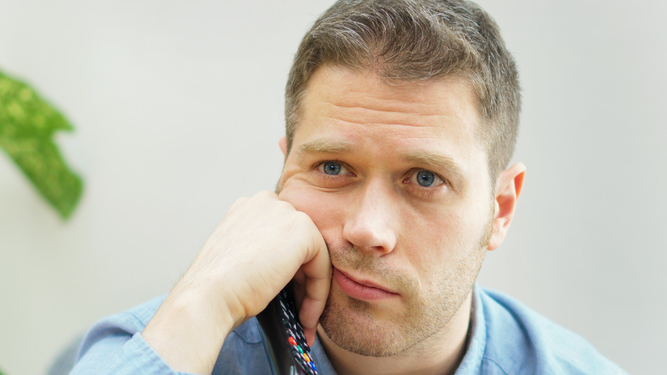 A GROWN man watching The Snowman for the millionth time has got his fingers crossed for a happy ending.

Despite knowing the plot of the animated television film inside out, Tom Booker silently prayed that just for once it would end without breaking his heart into a million pieces.

Booker said: “Up until the bit where the boy wakes up the next morning it’s just a harmless film about a kid and his magic snowman friend. They ride a motorbike, have a few laughs, and nobody gets hurt.

“Then it usually goes and ruins everything in the last few seconds, but maybe if I wish really hard that won’t happen this time. Christmas is a time for miracles after all.

Booker’s girlfriend Nikki Hollis said: “He does this every year. I think he takes it personally because he always asks me why Raymond Briggs would hurt him like this, which is a bit of an overreaction.

“Once I tried to cheer him up by popping on The Snowman and the Snowdog but it was shit.”