Bercows continue to believe they are not universally despised

Anyone who says it is refreshingly modern and unstuffy to see the wife of the Speaker of the House of Commons debase herself on live television, told to shut their miserably cretinous turdhole. 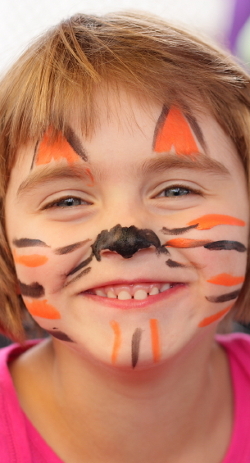 FOUR year-old Gemma Logan has been unveiled as the new chief executive of the Royal Bank of Scotland.

Logan was hired to run the taxpayer-owned bank after the previous management spent £750m on a series of things that were utterly worthless.

The four year-old, who has no high-level banking experience but can go to the toilet, is expected to reassess the bank’s investment strategy and point to all the things it should obviously not have spent other people’s money on.

Logan said: “Occasionally my mummy has the radio on when I am having lunch in the kitchen and even though I am not really paying attention and am far more interested in the way in which my peas and carrots have been arranged into a rather manic, smiling face, I was able to work out for myself that investing in Greek government bonds would be, at best, inadvisable.

She added: “I am sure that many will say that I could not possibly have garnered the experience necessary to run a major international financial institution given that much of my time has been spent chasing the cat with a spoon.

“But I’m not sure the Royal Bank of Scotland can actually withstand another 24 hours of being run by someone with a banking qualification.

“It is time for them to stand aside and make way for a spoon-wielding cat chaser who will at least read the papers and watch Newsround before deciding whether or not to buy hundreds of millions of pounds worth of debt from a country that does not have any money.

“Even the fucking cat has worked that one out.”