Billionaire hopes legalised marijuana will empty warehouse filled with unsold copies of  Mike Oldfield bong-fest as he outlines plans for chain of Virgin Weed stores across the UK. 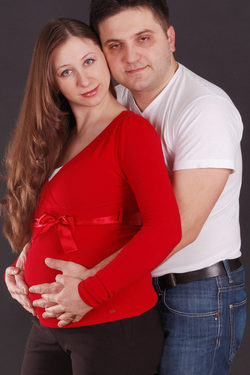 WOMEN in the UK will soon have the option to give birth anally, as part of the NHS reform bill. Men may finally be of some use during labour

The new rules, which come into effect in early March 2012, have been introduced to make the whole process of childbirth a more pleasurable experience for women, according to health experts.

Dr David Stark of UK Healthcare Trust: “It makes sense to  combine the joy of defecation with the rather more uncomfortable act of giving birth to a human.

“I am sick to death of women moaning on and on about the agony of childbirth and their gaping, flaccid vaginas. We hope the new procedure will put an end to this hormonal nonsense.”

An NHS spokesman said: “Several key changes will occur on labour wards. Instead of midwives, there’ll just be immigrant toilet attendants with minimal English language skills who sign a laminated cleaning rota every 20 minutes and watch the soap dispenser like a hawk.

“And mothers will not be offered epidurals: they’ll just be handed a copy of The Times’ crossword and left to get on with it.

“In addition, there’ll be much less waiting around for labour to start, as women will be given a strong cup of coffee and a cigarette. And there’ll be no more screams of agony. All you’ll hear are sighs of pleasure.”

Jackie Spencer, a professional feminist from Peterborough, said: “Women should re-claim the back passage as our own and make it all pretty with ribbons and bows and things.”