RBS collapse 'not caused by the ghost of a dog' 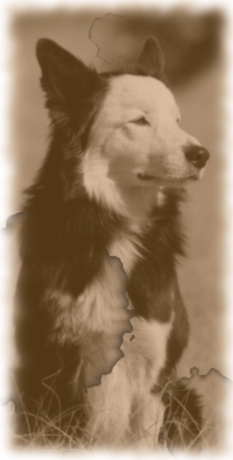 THE failure of the Royal Bank of Scotland was caused by bad decisions rather than the ghost of a Border collie, it has emerged.

A long awaited report has concluded that the biggest banking collapse in British history was the direct result of things that were done by people.

Nathan Muir, banking analyst at Donnelly-McPartlin, said: “This is suprising. We always thought it was caused by Dash, a six year-old Border collie who was hit by a tractor in 1954.

“Former RBS staff members would tell tales of how the ghost of Dash would limp around the corridors of the bank’s Edinburgh headquarters, howling and staring at people with his luminescent, pale blue eyes.

“Possessed by his netherwordly sprit they would then buy a great big Dutch bank that they obviously couldn’t afford.”

Since the start of the financial crisis the banking industry has insisted that most of the big City institutions were haunted by the ghost of either an animal or an old blacksmith who would distract executives just when they were about to make important decisions.

The British Bankers Association also stressed that bonuses had to be kept incredibly high so that City workers could retain the round-the-clock services of a paranormal investigator and his armoury of hi-tech ghost-hunting equipment.

Muir added: “If you ever see footage of Fred Goodwin at a press conference look how his eyes are desperately scouring the room in case Dash is there, sitting quietly in the corner, staring at him and trying to drive him insane.”