Teachers ‘should do more’ to create flimsy veneer of worthwhile-ness for glorified televisions. 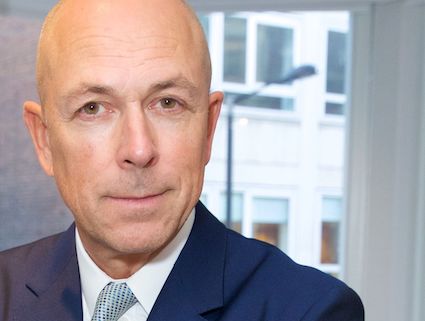 Guilty as charged, I hurriedly finished and opened the cubicle door to discover the baritone belonged to my old sparring partner Grayson Stott, CEO of exciting male lifestyle brand D-Lux.

This happened in the rest rooms of Soho media enclave Prick House – the pounding beats of the 2017 Advertorial Awards after-party just barely audible through its high quality Argentinian chestnut doors.

We did not shake hands, partly because mine had some semen on it. But also because handsome, towering Ivy Leaguer Grayson was holding, in each of his manly mitts, a giant yellow foam comma.

We exchanged pleasantries, enquired after each others’ attractive wives (actually his delightful spouse Tabitha has one nipple 0.4cm higher than the other, a forgivable but significant genetic faux pas I noted during Alain de Botton’s session at Hay). It wasn’t long before I skilfully steered the conversation to exactly why the fuck he was holding a pair of giant punctuation marks.

‘You need an ironic attitude at these boring industry events, right? So I’ve put myself in inverted commas. While I’m holding these everything I do and say is ironic. My very essence is ironic.’

Like the best work of Isaac Newton or Tony Parsons, it was a miracle of innovation that seemed obvious in retrospect. Grayson’s porta-commas had made him 100% sincerity-proof.

I asked, pointedly: ‘So when you just congratulated me on my Best Advertorial About A Divers’ Watch award, you were being ironic?’

The big lummox was flummoxed: ‘Uh…I…ah…Dermot…between you and I…I..’

His square jaw fell defeatedly to his chest.

Later that evening I see Grayson deep in conversation with Kelly Brook, frantically flapping his commas up and one down like an semaphorically-incontinent air traffic controller.

Dylan Jones is editor and masturbator-at-large of Stylish Masturbator