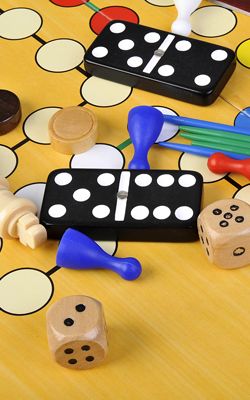 42-YEAR-OLD Brian Zuckerberg, who still lives at home, thinks he has a really good idea for a board game.

Brian said: “Twisto is a fast-paced, innovative board game where players use colourful counters to race to the purple hexagon or ‘base’ in the middle of the board.

“What’s really unique about Twisto is that no two games are ever the same, because the board is made of circular bits that spin around. Hence the name ‘Twisto’.

“It comes with free dice, and here’s an example drawing of the box art done by my friend who is a professional graphic designer.”

While his younger brother was establishing the most influential website in the history of humanity, Brian has been sporadically doing minimum wage catering work while mainly focusing on Twisto.

He said: “Everyone loves Twisto. My only worry is how we keep up supply, once it inevitably hits the market.”

Brian replied: “That’s interesting, because I’ve got some advice for you. Get fucked – just get fucked.