Meat relieved that vegetables are getting some flak for a change

‘About time too’, say pork chops 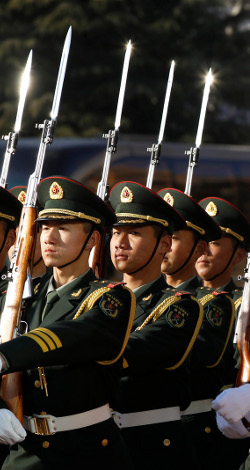 CHINA’S plans for world domination now include the relentless purchase of all physical assets, your total, crushing enslavement and having a sneaky peek at your email account.

Google claims China has been attempting to hack into millions of Gmail accounts in what experts have described as an intriguing addition to their strategy of taking over the planet through money and invincible force.

A Google spokesman said: “We think they may have been trying to access the emails of US government officials, either to find out secrets or, more likely, to amuse themselves with America’s lack of unremitting focus on making all humans kneel before the might of their superior culture.

“Then again, hacking into computers does seem rather pointless when all they are going to do in the long run is crush those computers into a million tiny pieces and then make you eat the pieces as a punishment for not waving joyfully at a column of tanks.”

Martin Bishop, professor of Isn’t China Brilliant at Reading University, said: “Perhaps they are using the email intelligence to work out your total net worth or how docile you will be once they have placed the iron collar of total victory around your soft, white neck.

“Or perhaps peeking at decadent western emails will be light entertainment for the massed ranks of the People’s Liberation Army after a long day of practicing how to shove their rifle butts into your insubordinate stomach.”

He added: “And while Americans exchange trivial emails about the stars of the Twilight saga, the Chinese are busy designing the enclosure in which Robert Pattinson and Kristen Stewart will be kept when they form the centrepiece of the Glorious Stars of the Twilight Saga Zoo.”

Meanwhile, China has denied all accusations of computer hacking in a message to 14 million Gmail users whose addresses they successfully guessed at during an extraordinarily long lucky streak, probably because it is the Year of the Rabbit.