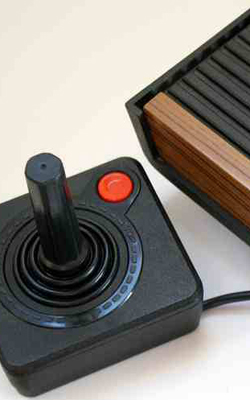 SMARTPHONE users are on the verge of rioting after the games in the app 80s Shit Arcade Games were discovered to not be old.

A review in Shiny Thing Owner magazine had described the app as ‘a deliriously addictive retro romp’ and ‘what all gamers who fondly remember Block 2 have been waiting for’.

But it has since transpired that the games featured in the app are not old, but simply of extremely low quality.

“But due to a typographical error the extra ‘s’ crept in. We only went with it because we were too indifferent about the whole thing to bother sorting it out.

“And I’m glad we did because now I have so much money I could build a house out of racehorses.”

iPhone 4S owner Stephen Malley said: “As a trend-conscious consumer, all of my things have to be either newer or older than everyone else’s.

Android phone owner Nikki Hollis said: “I’ve already got an Android phone. So this is an extra humiliation that I really didn’t need.”