Panto season 'to be least enjoyable yet' 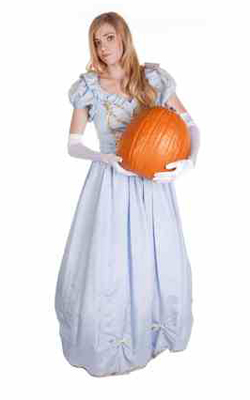 THIS year’s pantomimes will somehow have even less entertainment value than previous offerings, producers have promised.

The annual festive ritual of seemingly interminable musical plays with transvestism is about to recommence, although no one is entirely sure why.

Tom Logan, director of the Skegness Pensionerdrome where ‘Henry from Neighbours’ will be appearing as a puss’s boot in Puss in Boots said: “Every year we strive to make our productions less enjoyable and this year we feel we’ve outdone ourselves.

He added: “In pantoland the challenge is to keep lowering your game, especially as rival productions are stepping up the pressure by getting shitter every year.

“Come along, bring the whole family, they’ll all agree that it was a shit night out.”

Pantomime enthusiast Emma Bradford said: “If you’re feeling down, panto will lift you up.

“It will reassure you that your life couldn’t possibly be as depressing as the performers’, who were perhaps once moderately successful actors with their own TV murder series until a booze-related divorce.

“Now they spend their evenings being hit with a broom by a local newsreader dressed as a cake while children throw things covered in saliva at them.”

Parent Tom Logan said: “Actually kids love panto. Not as much as they love playing Call of Duty, but quite a lot.”