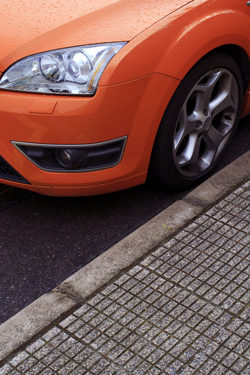 LOCAL authorities celebrated last night after a High Court ruling gave them the right to impound cars just totally on a whim. UK councils have spent the last decade battling for the power to remove parked cars without even the flimsiest pretext.

Council boss Roy Hobbs said: “Previously we’ve had to have some tenuous excuse, like a car has been left on single yellow lines for over a nanosecond.

“This was no good if you’re just in a tow-y mood that day, feeling a bit frustrated about life and wanting to get it out of your system with some lovely satisfying towing.

“Finally we can tow anything – not even just cars, but also small buildings, trees and pets –  just because the fancy has taken us. We will remove the thing to a distant wire-fenced limbo and charge the owner vast sums of money or a vital organ to retrieve it.

“It’s therapeutic for us, and probably much cheaper for the taxpayer than the face-painting-and-oboe-playing sessions that are traditionally used to boost public sector morale.”

Towed driver Emma Bradford said: “Last time I got hauled was because I parked in a place where I was clearly taking the piss but only, I believed, in a ‘maybe-I’ll-get-a-yellow-packet-let’s-roll-the-dice’ kind of way.

“However when I returned to the vehicle, the state had taken it on a short lorry-based holiday to some godforsaken industrial estate.

“It was fine though, all I needed to get it back were the V5C form and passport that I always carry on me when I’m out shopping, like everyone fucking does. So it’s not like I had to go home and bugger about for ages trying to find them or anything.

“Clearly it was my fault but still, for shit’s sake. Since when have actions ever had consequences?”

She added: “So I’m quite ambivalent about the concept of totally indiscriminate towing. On the one hand, it’s a bitch.

“On the other, I will have the genuine moral high ground when I’m yelling the word ‘cocksuckers’ into the phone.”