RAPPER Jay-Z has purchased a million-dollar garden shed following the birth of his daughter, it has emerged.

Sources close to hip hop mogul claim the seven-figure Swarovski shed will be used for a combination of in-law avoidance and general pottering.

Situated in the garden of luxurious Hamptons home Jay-Z shares with his wife Beyonce, the super-deluxe shed has many high-end features including a silver Corbusier-style rack for half-empty pots of Humbrol and a half-finished flat pack shelving unit designed by Georgio Armani.

It is also believed to contain a solid gold Lorraine Schwartz-designed Old Virginia tobacco tin in which the hip-hop superstar can keep boiled sweets, string and fishing tackle.

Jay-Z said in a statement: “Since my crib became an actual crib, Hova be forced to relocate my shit to the bottom of the garden, know wha’m saying?

“Yeah. All you fellas know what I’m talking about”.

He added: “Actually, I just couldn’t face another conversation about whose eyes she’s got.”

“Also folks comparing how various hospitals are now to what they were like at an unspecified earlier point in time, and Beyonce’s nan’s long-ass unfinished anecdotes about what the weather was like when she was born. 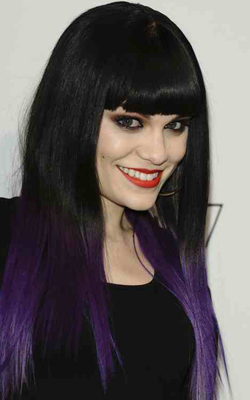 PEOPLE suffering from depression should avoid looking at the Brit Awards, according to mental health experts.

The main contenders in this year’s medley of despair are haircut accompaniment Bon Iver and something called a Jessie J, prompting a record number of ‘pebbles forcibly jammed into ear canal’ injuries in A&E wards across the country.

Clinical psychologist Roy Hobbs said: “The best way to avoid any contact with the Brit Awards is to strap a cushion to your head the night before it’s on and start drinking vodka with your eyes shut until you wake up in hospital.

“Otherwise you could be confronted with the sight, and even worse the sound, of an albino busker who cobbles together Coldplay’s acoustic bedwetterness and dad-who’s-just-watched-a-Spike-Lee-film rap with all the success of a gammon trifle.”

The Brit Awards are in their 29th year, despite repeated protests by Amnesty International, and show no signs of stopping despite being responsible for more suicides per annum than unemployment, debt and Eastenders combined.

Blur, Kate Bush and some of Oasis have taken their hereditary places in the program, with Annie Lennox currently curled up foetus-like in one of Noel Gallagher’s drums, ready to  leap out and surprise everyone.

Some critics have pointed to the absence of Simon Cowell’s clay-moulded minions amongst nominees as evidence of their lesser talent, but Hobbs asserts that Chico Time is 2584 times more entertaining than Adele telling you about getting dumped in the rain.

He added: “Still, not long now until the Golden Globes. Will Gervais ‘go too far this time’?

“It’s impossible to say at this point.”