S Club 7 promise fans they're still dead behind the eyes

Reunited ageing moppets claim they’ve still got the manufactured non-magic that was key to appeal. 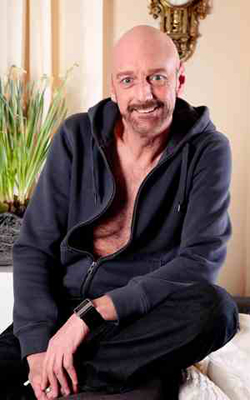 MALE pattern baldness sufferers have discovered news of a possible cure tucked away on page 16 of their newspapers.

The men, who range from 25 to 55, reacted to the buried news with a sharp intake of breath, rereading the article line-by-line looking for a web address where they could buy the cure, and finally set the newspaper down and stared longingly into the middle distance.

Studies of bald men and laboratory mice in the US have discovered a protein that triggers hair loss and could be blocked by drugs. The studies have taken longer than expected because the bald subjects were so jealous of the mice’s fur they kept crushing them.

The story also appeared briefly as a final item on television news, causing bulb-headed chemistry teachers, bouncers and computer programmers to wonder why everyone was fussing about the budget.

Prematurely receding Stephen Malley said: “I wanted to get on the roof and shout for joy, but I couldn’t find a hat.

“I’m amazed this isn’t a bigger media event but also glad because when the time comes I can pretend it grew back naturally.”

Even though the cure may be years from release, slapheads around the world are cashing in shares and taking demeaning second jobs to stockpile cash in readiness.

“If I had hair I could be an airline pilot, or Action Man.

“Even if the cure makes you grow massive breasts I would take it, on balance I would still be more confident.”