A Prayer For Diana, Princess Of Wales

by Rowan Williams, Archbishop of Canterbury

Princess Diana, who art in Hermes,

Chanel was thy favourite brand name.

Thy King did come.

But he fancied another one, as did you anyway.

Give us this day a flash of your smile.

And forgive us our paparazzi.

As we forgive those who paparazzi against us.

And drive us not into the side of a tunnel,

When we aren't wearing our seatbelt. Amen 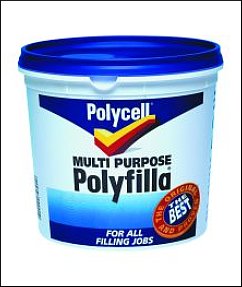 BOOKS of Indifference were opened at B&Q branches across the country today for men who could not a give a monkeys about the 10th anniversary of the death of Diana, Princess of Wales.

Large queues had formed by early morning as ordinary folk stood in line for the chance to express in writing their utter amazement that anyone still gave a toss.

No flowers were left to rot into a smelly pulp at a makeshift shrine, and few words were spoken as the men waited patiently, many of them writing a simple “What the fuck?” before heading off to buy a three-litre tub of Polyfilla.

Gary Chalmers, 34, visiting the B&Q Warehouse in Ongar, Essex, wrote: “So much for the much vaunted safety features of the S Class!”, before his mate Terry Nittens, also 34, added “Next time love, wear a seatbelt”.

Ben Tilson, 39, summed up the feelings of many when he wrote “wank” in the book at the Didsbury superstore. His best friend Rob Powers, 38, added “I shag arses, call me” and the number of Mr Tilson’s mobile phone.

Archie Hunter, 87, demanded to be wheeled from his old folks home in Chippenham to his local B&Q so he could write: “I strangled Germans with my bare hands.” Phil Topping, his carer, said: “He always writes that now, even on his Christmas cards.”

Prince Philip was one of the first to sign, although he was immediately accused of hypocrisy for feigning indifference when it was well known he hated Diana and ordered her assassination by the British secret service.

Peter Wright, the MI5 operative who led the complex operation to kill Diana, was another early signatory. He also denied charges of insincerity saying he had only been obeying orders when he murdered the Princess. “It was strictly business,” he said. “Nothing personal.”