BAA To Reduce Check-In Times By Firing Everyone

BAA has unveiled a radical plan to improve the efficiency of Britain's major airports by firing all of its staff.

After a major consultation exercise, the directors believe an anarchic, blood-spattered free-for-all would improve check-in times at Gatwick and Heathrow by up to 97%.

Bill McKay, BAA's head of operations, said: "It became clear to us that having people working in the airport was actually making things much, much worse.

"Allowing people to stroll through the airport unhindered before throwing their own bags onto the plane will deliver an enhanced airporting experience.

"If people can't get along then inevitably there will be bloodshed. But it's far better to have these fights in the terminal than bottling it up until you get on the plane."

McKay said the purchase of duty free goods will be obligatory and included in the ticket price.

"Passengers will simply collect a big box full of fags, brandy and Toblerone as they arrive in the terminal."

He added: "Lager will be available from a self-service kiosk so you can all get suitably tanked-up and aggressive before you inflict your hellish families on the good people of Southern Spain."

And he insisted that security would not be compromised: "The in-built prejudices of the average British person will prevent anyone a bit suspect from boarding the plane. 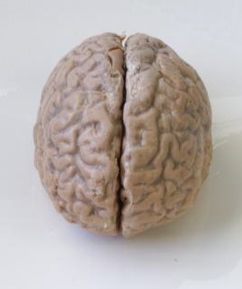 Brain surgery exams are to be made much easier because not enough people are applying to become brain surgeons, the Government has announced.

Only 500 people sat and passed the tough examination last year but Britain contains at least 65 million brains, many of which need almost constant surgical maintenance.

Questions in the old difficult exam would typically ask candidates to identify brain areas such as the hypothalamus and set out in detail what functions they performed.

Under the new regime people will secure a pass mark if they can point to a brain on a table and then point to their heads to show they know where their own brain lives.

The new easier brain exams are one of a whole host of tests the Government is making more simple because too many people are failing.

For example, the new driving test which is being introduced next April will no longer regard driving the wrong way up a motorway as an automatic fail.

Under the Government’s new brain regime anyone with a relevant qualification, such as a City and Guilds in carpentry or at least two years work experience as a plumber’s mate, will be able to sit the simplified exam, and not just already qualified doctors.

Jack Weil, head of on-the-job training for Drain Doctors in Dundee, said none of his plumbers had attempted the move into brain surgery, despite the name of his firm.

He said: “The household toilet is very similar to the human brain, once it gets filled up with shit you’ve got a real problem.

“I know my men could remove an awful lot of crap from most people’s heads with either a plunger or one of those great big Hoover things, if only they were given the chance.”

A Government spokesman said the changes were necessary because you could not get a brain surgeon to come out these days “for love or money”.

She said: “The Yellow Pages is full of adverts for people who say they will fix you head, but phone one up and he won’t be free until next Thursday at the earliest.”