A farewell love letter to table service in pubs

REST in peace, mandatory table service in pubs. Your valiant service will be remembered long after Freedom Day.

Months of social restrictions have taken their toll on the public, but you were always there to make us feel like big swinging dicks when the barman brought our drinks right over to our table.

No longer did we have to jostle at an overcrowded bar for a pint, struggling to get the attention of the staff by aggressively waving a tenner in their face. Whenever we made a pub reservation we knew we were in for a civilised evening, and we have you to thank for it.

We secretly hoped you would stick around after July 19th, although deep down we knew that was wishful thinking. It was only a matter of time until we were forced to get off our arses and carry our drinks around ourselves, but when we do, we’ll think of you and smile.

And that’s because for one fleeting year, thanks to you, us punters were treated like royalty, and we realised that maybe the Europeans have got this one right and being crushed cheek-by-jowl with shitfaced strangers isn’t the foundation of a good night out.

So go gentle into that good night, pub table service. You were worth downloading and struggling to use poorly designed apps for.

Joining the chess club, and other things that delayed the loss of your virginity 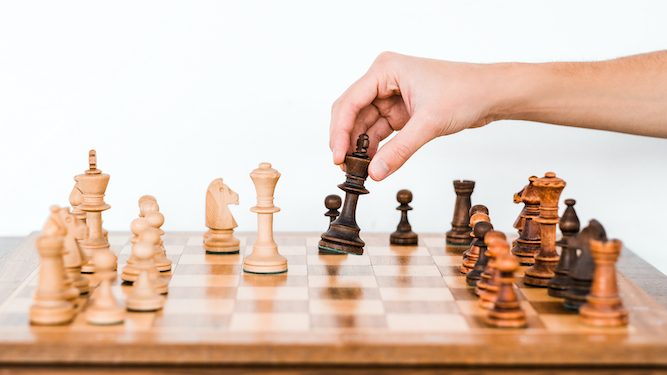 DID you make some decisions during your teenage years that acted as pure sexual kryptonite? These will be familiar:

In a desperate attempt to seem dangerous and edgy, you decided to get a ludicrous mohawk. Unfortunately, your pocket money didn’t stretch to visiting a hairdresser, so you did it yourself with your mum’s nail scissors. The resulting mess set your sexual awakening back at least a year.

You envied the attention lavished on members of your school’s football and hockey teams, yet you still went ahead and joined a club with the lowest possible social cachet. Yes, you may have been able to castle, but you also didn’t French kiss anyone until university.

You foolishly thought that the best way to impress someone you fancied at a house party was a magic trick, when in reality bringing along a bottle of Smirnoff would have done the job. No one wants to get off with a guy waving a wand in the corner of the kitchen so the one thing you couldn’t make disappear was your virginity.

Eventually the time came when you got chatting to someone you fancied at a party, and things seemed to be going well. Until, that is, you heard a car horn beeping outside and remembered your mum only allowed you to go if she picked you up at 11pm sharp. Your parents effectively cock-blocked you until you left home.

Playing an instrument is cool, right? Well, it depends what it is. While turning up to a social gathering and busting out some tunes is impressive in theory, you looked like an absolute twat doing it on a tinny, badly-tuned ukulele. Anyone who had felt a vague sexual stirring towards you was instantly put off after witnessing your dismal mangling of Outkast’s Hey Ya!