Calling it a 'taproom' makes getting pissed seem educational

A TOTAL pisshead is delighted that a ‘taproom’ has opened locally because it makes getting hammered sound like a legitimate educational activity.

Julian Cook says he and his mates consider the taproom to be a ‘library of beer’, where their goal is to enlarge their cultural horizons rather than just talk shit.

Cook commented: “In a taproom, it’s your duty to try all 10 beers on offer, not because you want to numb your feelings with booze, but because it’s a rich learning experience.

“You’re allowed to down as much as you like, so long as you drink it in a collection of half-pint glasses, and occasionally mumble a word like ‘hoppy’. My mind has been expanded so much I should be awarded at least one extra GCSE.”

Cook has started describing his weekly visits to the taproom as an ‘evening class’, which has not gone down well with his partner.

He said: “Patricia says she never gets a three-day hangover from her knitting group. But I just blind her with a term like ‘oxidisation’ or ‘clove-like’, and she can’t complain because I’m bettering myself through learning.”

Sunday is my favourite day of the week, says freak who doesn't hate his job 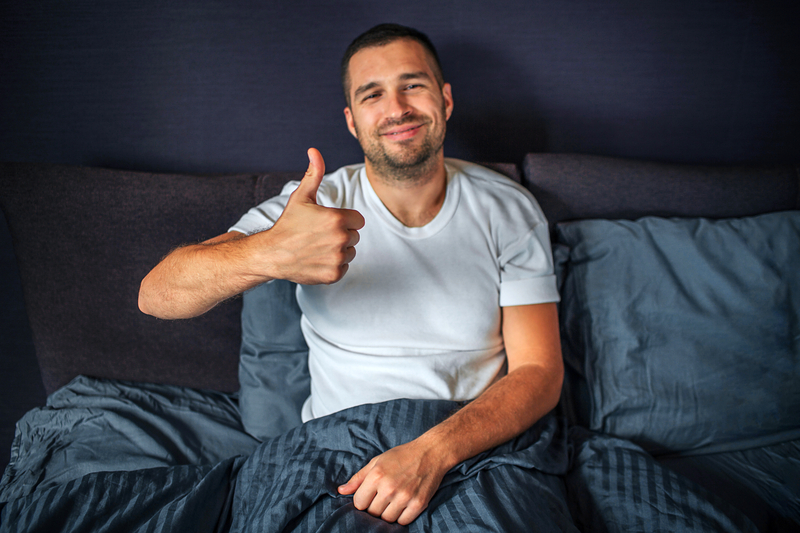 A WEIRDO who does not dread going back to work has revealed that Sunday is his favourite day of the week.

Martin Bishop is somehow able to enjoy the anticipation of the working week ahead, while everyone else spends Sunday morning fighting off a hangover and the rest of the day in a pit of existential anxiety.

Bishop said: ‘There’s something magical about Sundays. I feel so peaceful. Or maybe I’m confusing that with feeling smug because I don’t hate Mondays, whereas my wife has a weekly meltdown about sales figures or something.

“Usually I like to get out of bed late and walk the dog, then cook up a tasty roast dinner and sit in a comfortable chair all afternoon until it’s time for Countryfile. What could be better?”

Wife Mary said: “What would be better is a day where normal people don’t feel overwhelmed with the crushing irrelevance of life and sit there questioning the point of it all.

“Although that could just be because I always watch The Antiques Roadshow.”