A WOMAN finds the noise of her husband chewing so annoying that she would quite like him to starve to death.

Emma Bradford initially described husband Stephen’s idiosyncratic eating style as ‘cute’, but has now confessed she would like to stuff a whole pasty down his gullet to shut him up permanently.

Bradford said: “During the honeymoon phase of our relationship I thought I would always find every part of Stephen adorable, even the bad bits like farting and blaming the dog.

“However if I have to listen to him slurp, suck and wetly chomp his way through a meal one more time I’m going to lose my mind.

“Sometimes I find myself wishing he would just stop eating altogether and wither away, so I can exist in blissful silence unsullied by his unpleasant, bovine chewing. Either that or divorce.”

Stephen Bradford said: “I know she thinks I’m disgusting but I’ve got to get my own back on her for pissing in the shower every morning.”

The Telegraph guide to blaming lefties for the coronavirus 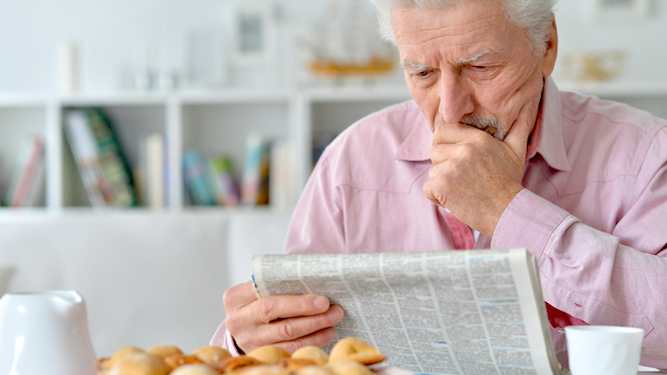 THE stock market has crashed and Brexit is under threat. Coronavirus must be the fault of left-wing do-gooders. Here’s how to give them all the blame.

Rather than sensibly living in a large country estate with 40 acres of grounds, lefties invariably live in large, crowded cities full of the kind of people you don’t get in Buckinghamshire. Of course that breeds disease.

Now more than ever, anyone who isn’t powerful enough to tell the government what to do should be obeying orders without quibbles. The national motto, ‘do as you’re told and some of you may live’, hasn’t been this vital since the Great War.

They spend time with people other than their families

Family is everything. Who else can lend you £600k for a house deposit and get you a job at a hedge fund? But ungrateful lefties, insistent on forging their own way in the world, prefer ‘friends’ to their own blood and won’t even marry cousins.

They don’t have investments

Science be damned. Everyone knows that being a resolute entrepreneurial wealth creator means you’re automatically immune from most viruses because you’re in complete command of your own white blood cells. Socialists get ill because they want to.