Colleague with ‘Friday feeling’ advised everyone gets hammered on Thursdays now

AN office worker excited about her Friday bottle of wine has been tactfully informed that everyone else already got wrecked the day before.

Susan Traherne was rhythmically punching the air and singing “Friday night, party night,” when a colleague asked her to keep it down because his head was throbbing after last night’s whiskey.

She said: “Thursday night? What the hell? Nobody told me.

“But I asked around the office and apparently Thursday’s so close to the weekend and nobody really works on Friday anyway so yeah, it seems that I’ve been beginning my boozing a day late for about 18 months.

“Everyone just said ‘We thought you knew’. How was I meant to guess that everyone’s getting smashed while I’m dutifully keeping my powder dry for the following day?

“I’ve totally lost my Friday feeling. Now I’m pissed off that I’ve got to wait six days for my Thursday one.”

Traherne added: “I said ‘What about Wednesday?’ and they suddenly got all serious and were like ‘If you’re drinking on a Wednesday night you’ve got a problem Susan,’ as if I was the one pushing boundaries.” 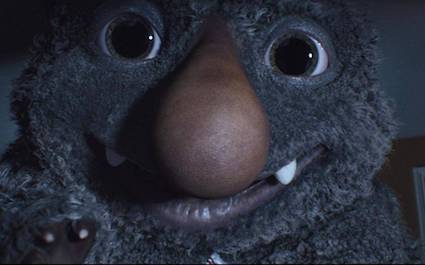 THE John Lewis monster devoured five child actors during the filming of the store’s Christmas advert, a behind-the-scenes special revealed.

The £1 million advert, in which a monster under a child’s bed teaches him that expensive toys are better than his loving parents, has delighted Britain but was not created without a few hitches.

“We’d be halfway through a heartwarming scene, need a lighting change and suddenly the kid’s nowhere to be seen and the monster’s munching away and I’m like ‘Oh no, not again. This is costing us the whole day.’

“But we persevered and, through their sacrifice, those children have helped us create something truly magical that shows us the true meaning of Christmas.”

He added: “Seriously though, if you see that thing run. It has the taste for human flesh now, and cannot be stopped. None of us are safe.”